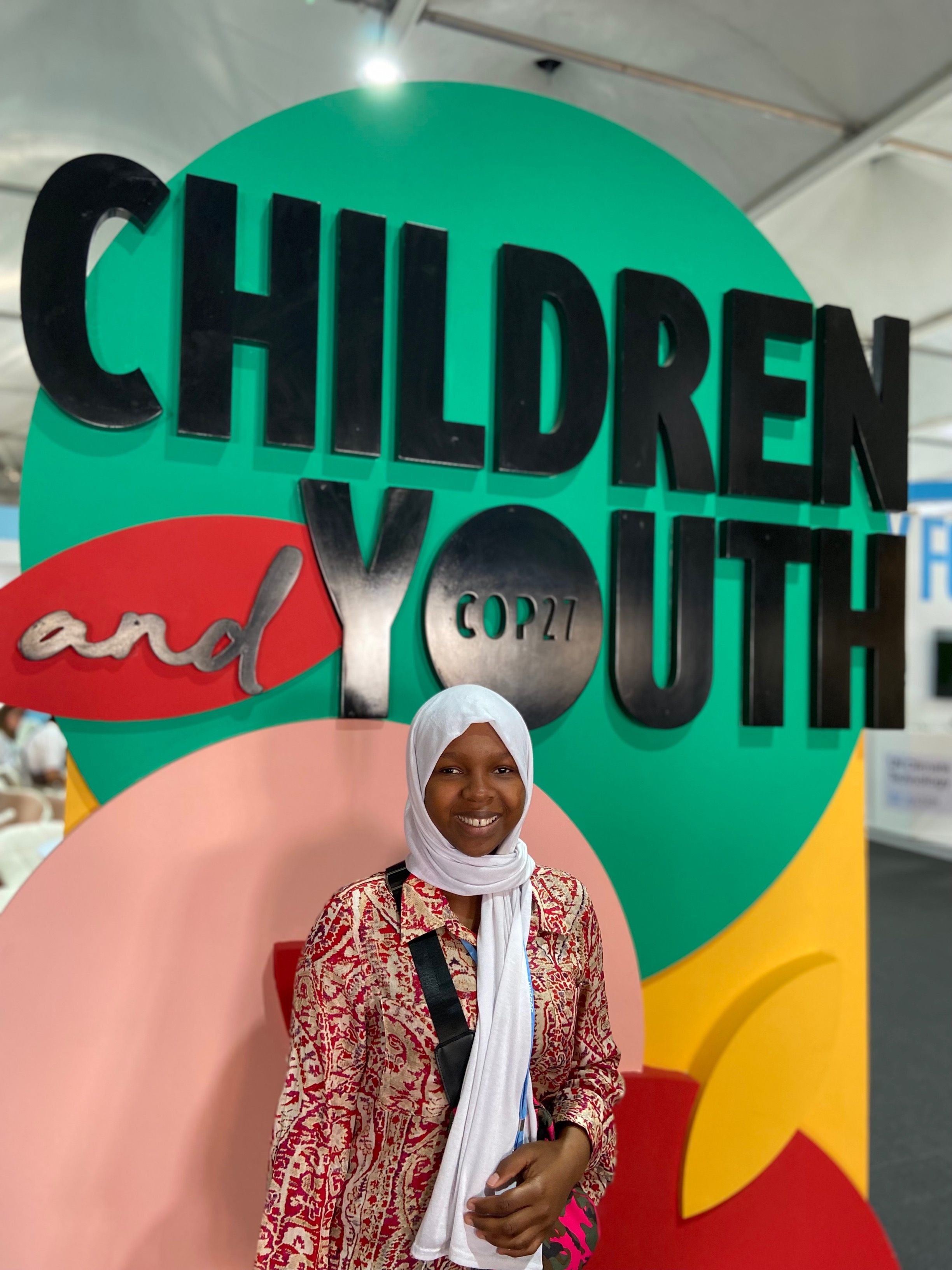 As I left COP27 on Saturday afternoon, midway through the 2-week conference, I did so with a warm glow. This was not necessarily because of the state of negotiations but, in part, because I spent my last 20 minutes in the sprawling venue, with Constance Okollet, a Climate Justice Warrior from Uganda. I had purposely looked for Constance on my way out, because firstly she gives the best hugs in the world – an all-enveloping hug that fixes everything – but mostly because I am always inspired by her calm but steely and determined activism.

I asked her how it is going in the village. “Ok,” she replied pushing her hands into the air in front of her as if to demonstrate how she and her community are not willing to lose the battle against the climate crisis or let others off the hook. “It keeps pushing us against the wall; but we are pushing back, we won’t let it win.”

I also had the pleasure to spend my time at COP27 with Shania, a 15-year-old from Tanga, Tanzania. Shania participates in our SAUTI-Youth Project, and is another Climate Justice Warrior I am full of admiration for. SAUTI stands for Sustainable Accountability Uniting Tanzanian and Irish Youth. It’s an EU-funded project which empowers children and young people to advocate for climate justice at a local level - holding local government to account for ambitious and youth-focused climate action. Sauti is also the Swahili word for voice. At World Vision we seek to ensure the voice of children and young people is heard and that they can meaningfully participate in the decisions that impact their lives.

I am immensely proud of the work Shania did in her time at COP27. She was a powerful voice for young people. She spoke not only for children from her village, district or country, but for all children.

COPs can be intimidating, they are held in huge venues with a mindboggling number of events, discussions and stands. It’s confusing even before you try to figure out the formal negotiation process. Shania took it all in her stride though, speaking confidently to Ministers, UN agencies, journalists, donors and her peers. At every opportunity she called for greater participation of children and young people in climate action.

Shania wasn’t afraid to ask the hard questions either: “My community is feeling the impacts of climate change. We all know this is not fair. How much more damage has to be done before global leaders take serious action?” she asked a panel of leaders on Youth and Future Generations Day at COP27. She had been invited to speak in the intergenerational dialogue as part of the COP27 President’s initiative on the day. Shania’s closing ask was not just for greater participation, but for greater ambition. “It is my hope,” she said, “that we will use all possible means within our power to address the effects of climate change. We have to do something now and write a new history for the future generation of tomorrow.”

Despite the positive moves to include young people at COP27, there is a still a long way to go and major challenges to overcome to enable meaningful participation in decision-making processes, particularly at the international level. As an observer of the process, Shania wanted to see how negotiations happen, to get a sense of how it all works. We went to observe the Action for Climate Empowerment or ACE negotiations. The aim of ACE is to empower all members of society to engage in climate action, so it seemed pretty relevant! Unfortunately, Shania could not even observe these negotiations – the room was deemed to be full, therefore observers were booted out. This is, in part, a logistical challenge, but it highlights the significant change in process and mind shift that is required to enable meaningful participation of children in climate action.

I was able to observe some of the ACE negotiations myself, and it was disheartening to see attempts to row back on human rights language - even language that was already agreed in the Paris Agreement. You would imagine a decision that has human rights (the right to information, to participate, to education) at its core would be strengthening human rights language, not trying to weaken it. Climate change is one of the most pressing human rights issues of our time.

Nonetheless, the COP looks set to adopt an ACE decision this week that will support Shania in her call for greater participation. The Action Plan under the Glasgow work programme on Action for Climate Empowerment, which will be adopted by the COP, includes a set of activities and recommendations to improve participation of everyone, including children. One of the actions to be included commits Parties to “Meaningfully including youth in and engaging with them on climate action at all levels and facilitating the inclusive participation of, inter alia, children…” this is a positive step and one that when implemented at a national level will result in better, more ambitious, and fairer climate action.

After all, we know that when children and young people are included, we have better results – our world will be a safer and better place. It is the just thing to do!