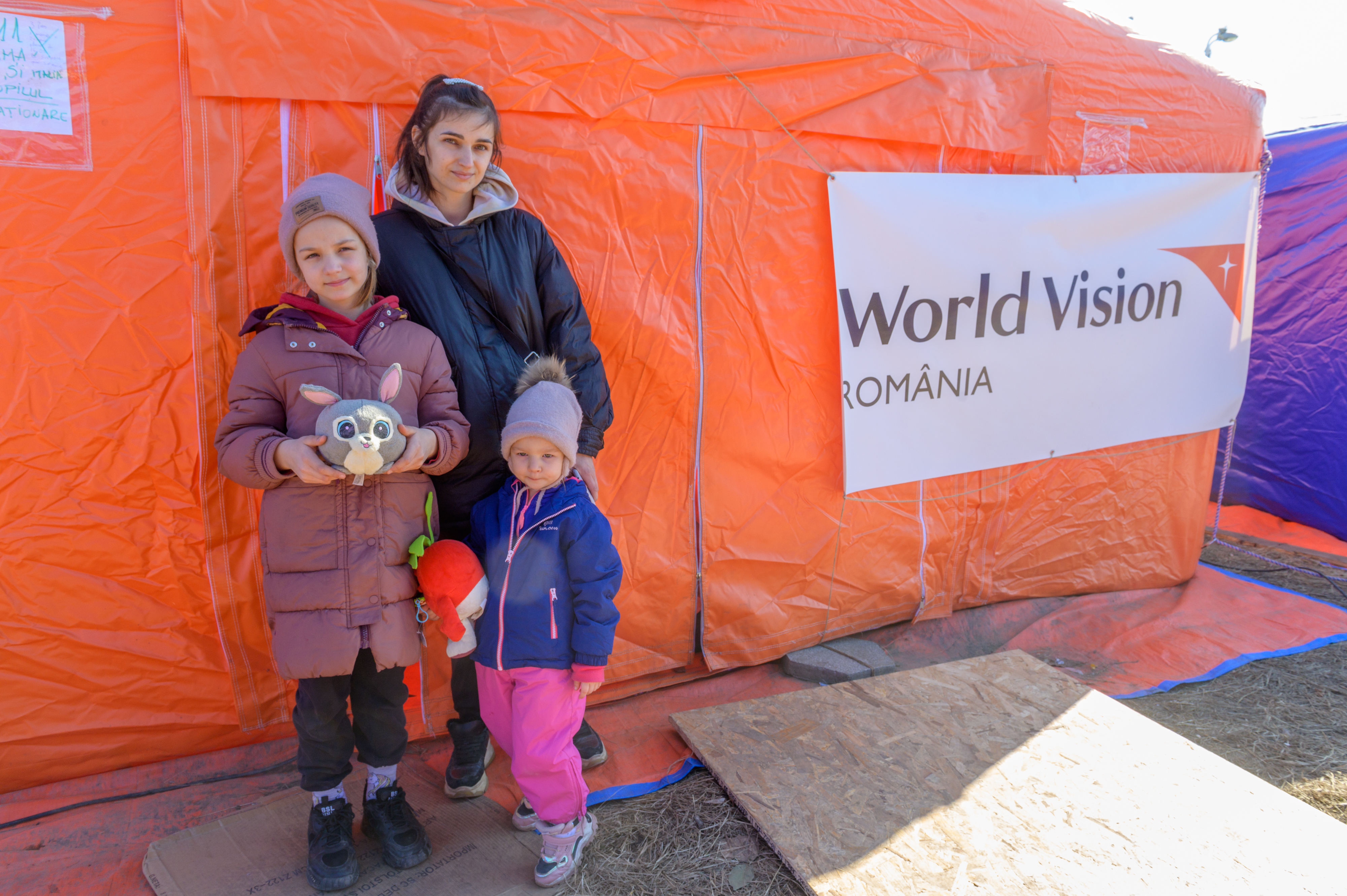 Anna and her daughters Miroslava, age 9, and Malia, age 3

Anna and her daughters Miroslava, age 9, and Malia, age 3, are currently at World Vision’s safe play area in Siret just across the Romanian border.

Anna and her daughters came from Haricov, Ukraine. They slept for three days in the basement, right after the war began. When a bomb fell near our house, they left in a hurry.

First, she tried moving with her children to different towns that seemed safer, but then she knew she had to leave Ukraine altogether.

“I don't want them to hear that sound,” she says about her daughters hearing the bombs. Already Malia shakes when she hears loud noises. “Even in the safer towns they moved to, when she heard a tractor pass by, she got scared.”

Like so many Ukrainians, Anna and her girls left behind Anna’s husband, her parents, and the girls’ grandparents in Ukraine.

She is thankful for the space where she and the girls can rest. As Malia colors in coloring books, Anna speads: “It is nice.  It's very comfortable, the kids are not crying, thank you very much.”

With the help of volunteers who are there to assist, Anna hopes to find a safe way to get to Germany with her children.

World Vision’s Florentina Cretu explains that there are free traveling options, which are safer for her. While she’s talking with Anna; Malia and Miroslava are in a safe space where they can play or rest.

After the first few days of refugees crossing the Siret border, the authorities in the area realised that most people are just in transit. They’re not, for the most part, staying in Siret. There are tents set uyp and labeled by country so people can get more information about traveling on to a specific location.

But in those tents, Florentina saw that children had nothing to do. So she set up a tent specifically for the children. Even if the kids are only staying here for 2, 3, or 4 hours, she says, they need a friendly space.

Anna hopes that when they get to Germany the girls can rest and feel at peace and also that they’ll be able to get back to school. Normally Miroslava would be playing sports, but because of the war, she cannot. Anna says she's got lots of pent-up energy that needs an outlet.

Anna cries as she thinks about her home country and what they’ve lost.