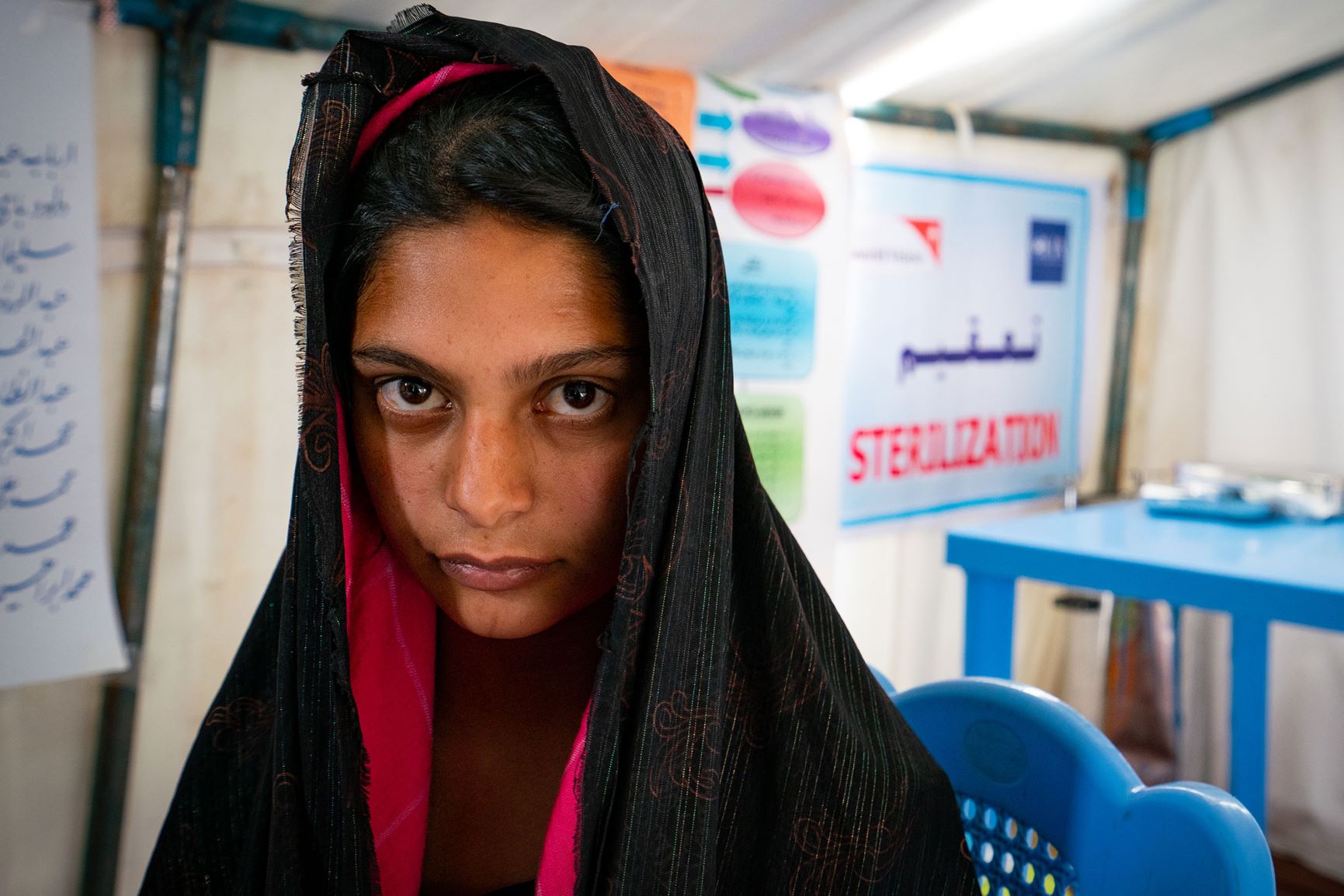 the child bride who was married at the age of 11

Ahead of World Refugee Day on the 20th June, World Vision Ireland is highlighting the growing number of child marriages across the world and has emphasised that with increased poverty comes an erosion of children’s rights in the developing world. In Afghanistan, child marriage is a widely accepted cultural tradition. Over a third of girls in the developing world are married before their 18th birthday, oftentimes as a means for their impoverished family to make money. This is one of the main reasons why 2.2 million Afghani girls are out of school. The UNFPA (United Nations Population Fund) predict that as many as 13 million extra child marriages will occur in the years immediately following the Covid-19 crisis, with at least four million more girls married in the next two years.

Benesh*, 14, is a child bride and mother living in an internally displaced persons (IDP) camp in Badghis province, Afghanistan. She is receiving natal care at a World Vision mobile health unit and learning about contraception and the healthy timing and spacing of pregnancies. “If I saw my family again today,” said Benesh, “I would tell them that they shouldn’t have married me off. Girls my age should not be married. We should we encouraged to stay in school and get a good education. I am illiterate. I don’t want this life for my children. It’s not fair.”

Benesh was 11 when she found out that her father had sold her for USD$3,000, but she didn’t know what it meant to be married. “I thought I was going to a fun picnic,” she recalls. “That’s when I was told, ‘you are married now, and this is your husband. You won’t be seeing your family anymore’. I was terrified and filled with anguish. I kept crying and crying. Other children in my new family kept trying to play games with me to try to distract me and, I think, to try to make me feel more comfortable.”

When she was 11, still a child, and married, Benesh adapted to a life of making food, mending and doing other chores, but her education was over.

“Benesh’s heart-breaking story is one we’ve heard again and again from the developing world.” Fiona O’Malley, Director of Communications and Fundraising at World Vision Ireland, said. “Children shouldn’t be forced to raise children. It creates poverty traps, severely restricts their future, and has serious health risks. The CEDAW (Convention on the Elimination of All Forms of Discrimination Against Women) covers the right to protection from child marriage in Article 16.2 which states, ‘The betrothal and the marriage of a child shall have no legal effect, and all necessary action, including legislation, shall be taken to specify a minimum age for marriage’. The Universal Declaration of Human Rights recognises that consent cannot be ‘free and full’ when one of the parties involved is not sufficiently mature to make an informed decision about a life partner. Legislation is an important step in the right direction to end child marriage, but it needs to be reinforced with community outreach programmes and keeping girls in school for as long as possible, to broaden their horizons.”

Benesh spoke about the difficulties in seeing how different her life could have been, if she stayed in school - “I often see other girls my age still going to school, but I can only watch, I wish I could go to school too. I miss my friends. I miss learning new things, doing maths, becoming better at different subjects, and playing at the lunchbreak. Now, that part of my life is over.”

She now has an 18-month old son named Besmelah and is pregnant with her second child. “I see other girls my age playing, but now I have my own child to play with and take care of.” she said.

Benesh visited World Vision’s mobile health unit for maternal care. Mobile health teams are the only providers of health services in her community. Through the clinic she is receiving anti-natal care and is learning about nutrition, contraception and the healthy timing and spacing of pregnancies. Benesh hasn’t had any contact with her family for three years. If Benesh gives birth to a girl, she wants her daughter to be educated and have a chance for a better life than she has.

World Vision Ireland said child marriage is a blight on any community. The charity said it is linked to maternal and infant mortality – usually because child brides who become pregnant are not physically ready to give birth. If they do survive, children of child brides are less healthy and less likely to receive an education.

“We need a united global effort to end child marriage.” Niall McLoughlin, CEO of World Vision Ireland, said. “World Vision firmly believes that when you educate a girl, you educate an entire family. 11% of women worldwide were married before reaching the age of 15. Together, we can reduce and someday end the horrific practice of child marriage through education, community engagement and outreach programmes.”