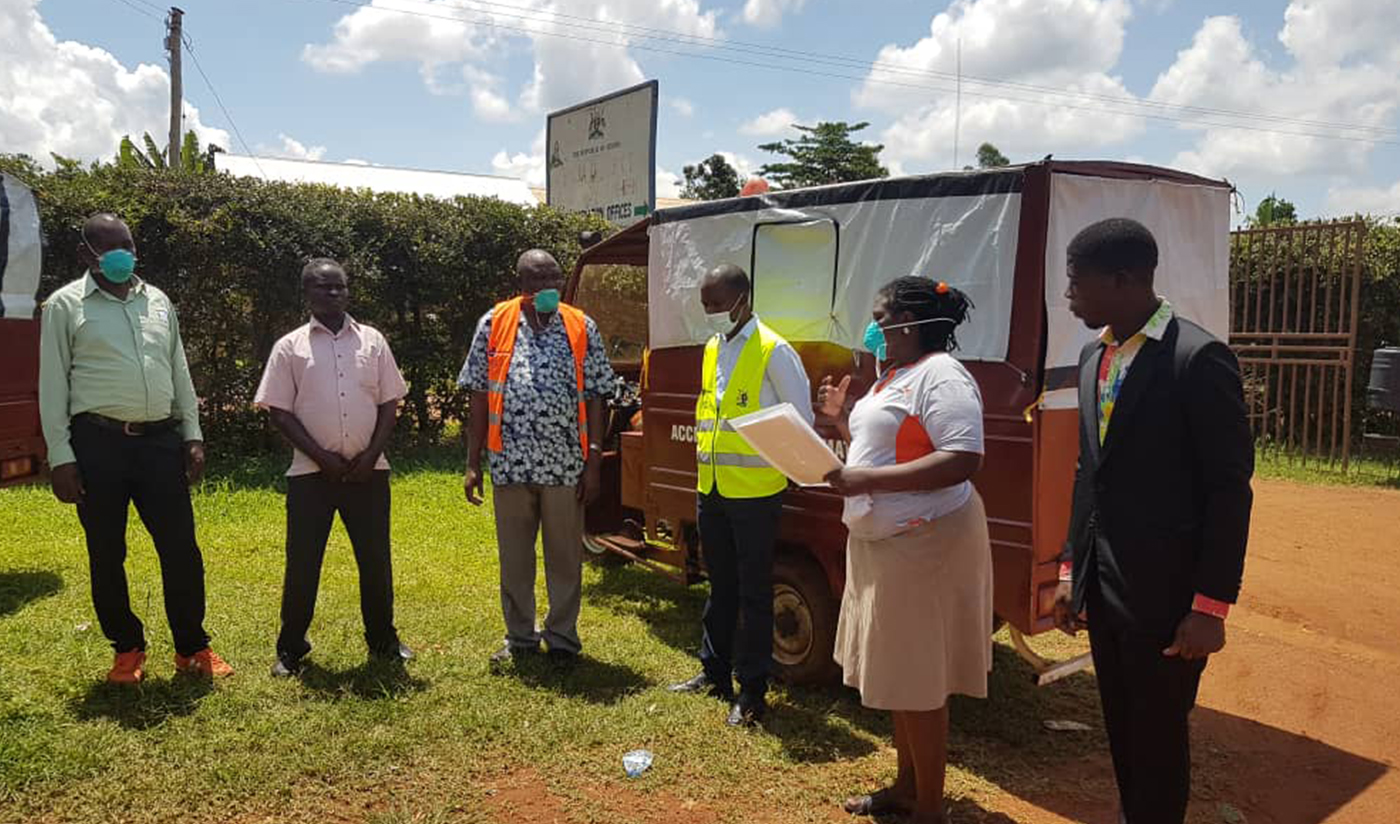 Busia District fights to cement gains despite threats from Covid-19

Uganda’s Reproductive, Maternal, Newborn and Child Health (RMNCH) indicators are still low, especially across border districts like Busia that score below the national average. Maternal death in Busia stands at 368 deaths per 100,000 live births (Uganda Democratic Health Survey report, 2016). The midterm review conducted by AIM Health project in 2019 indicated a reduction of maternal mortality rate to 337.73 deaths per 100,000 live births due to various interventions. These deaths, among other poorly performing outcomes, are associated with gaps in the healthcare system, including; poor infrastructure, under staffing and capacity gaps.

The major causes of maternal deaths are preventable, with the three leading causes being hemorrhage (overbleeding), obstructed labour and complications from abortion. Almost 28% of maternal deaths in Uganda occur in young women aged 15 to 24 years.

Despite the continued health care that extends through adolescence, pregnancy, childhood and childbirth, some high impact interventions have very low coverage, wide disparities and need extra effort to curtail the large number of women, babies and children dying and set the path to sustain initial gains.

To improve these statistics, World Vision Uganda, is supporting the implementation of a 5-year project in Busia District through AIM Health with a goal of reducing neonatal and under-five mortality rates by 20% and maternal mortality ratios by 15% between 2017 and 2021. The project currently operates across 16 sub-counties with 4 of these directly under World Vision Area Programmes.

The COVID-19 pandemic has put a strain on healthcare systems at a global level, with millions infected and hundreds of thousands dying. As of May 14, the number of confirmed cases of COVID-19 in Uganda stood at 139, according to reports from the Ministry of Health.

Uganda is currently under lockdown with a number of restrictions put in place by the government, including a ban on public and private cars, the closure of schools and businesses as well an overnight curfew. These restrictions have affected people’s ability to be able to readily seek health care within Busia District, despite the President’s directive to allow pregnant mothers and individuals with other chronic illnesses to access medication.

Between January and March 2020, Busia District registered an average of 1,000 deliveries per month. As of April, there was a massive reduction in the number of deliveries to 534 (District Health Information Systems report, April 2020) with majority of the mothers delivering with traditional birth attendants or with the help of well-experienced friends, in-laws and relatives. Reports from hospitals indicate late arrival of mothers after experiencing labour at home, putting babies at risk of newborn asphyxiation (deprivation of oxygen due to a prolonged labour/birthing process).

These delays have seen two recorded maternal deaths in Busia district, with the first one occurring on May 4 at Dabani Hospital. The hospital serves a population of 34,914 people in Dabani sub-county and also serves as a referral point within the district.

On May 8, Sylvia Misanya was the second maternal death in Buyanga sub-county in North Samia-Bugwe with only one Health Centre III which serves a population of 21,994, her home being 1km away from the health centre.

Sylvia was a mother of 8 children. She lived with her husband who suffers from mental health issues and her 75-year-old mother-in-law in a small hut. She attempted to deliver from home under the hands of her mother-in-law – she serves as the head of the family.

At 9:00 a.m., Sylvia delivered a bouncing baby boy. She experienced heavy bleeding until 1:30 p.m. when the family made the decision to take her to the health facility. Unfortunately, they made the decision too late. Sylvia died on the way to Bulumbi Health Centre III.

When the incident was reported to World Vision, the baby was immediately taken to Dabani Hospital, a private not-for-profit facility. The baby was admitted into the Neonatal Intensive Care Unit. The unit was set up by World Vision through AIM Health plus. He is in stable condition and is under the care of Sylvia’s sister.

“We shall not charge even a single coin to this family because World Vision has done a lot for us and continues to do a lot. We shall take care of the baby for as long as they are in hospital up to when he fully stabilises and then hand him over to the family,” said Dr. Christopher Kato, the Medical Superintendent at Dabani Hospital.

The family, that already has a challenge with food security, now worries about how they will take care of the child. World Vision has partnered with local leaders and authorities to forge a way forward on how this baby will be settled into the community.

World Vision, through the AIM Health Plus project, provided two tricycles to the district health team to aid in the process of ensuring safe deliveries of the mothers in 2017. The tricycles transport pregnant mothers from their homes to the health facility for a safe delivery under a skilled birth attendant. There has been commitment from the district to provide fuel during the COVID-19 restrictions.

The project will continue to work with Village Health Teams to prepare mothers for birth as early as their first trimester, including saving money for transport and continuous sensitisation on early health seeking behaviour through timed targeted counselling.