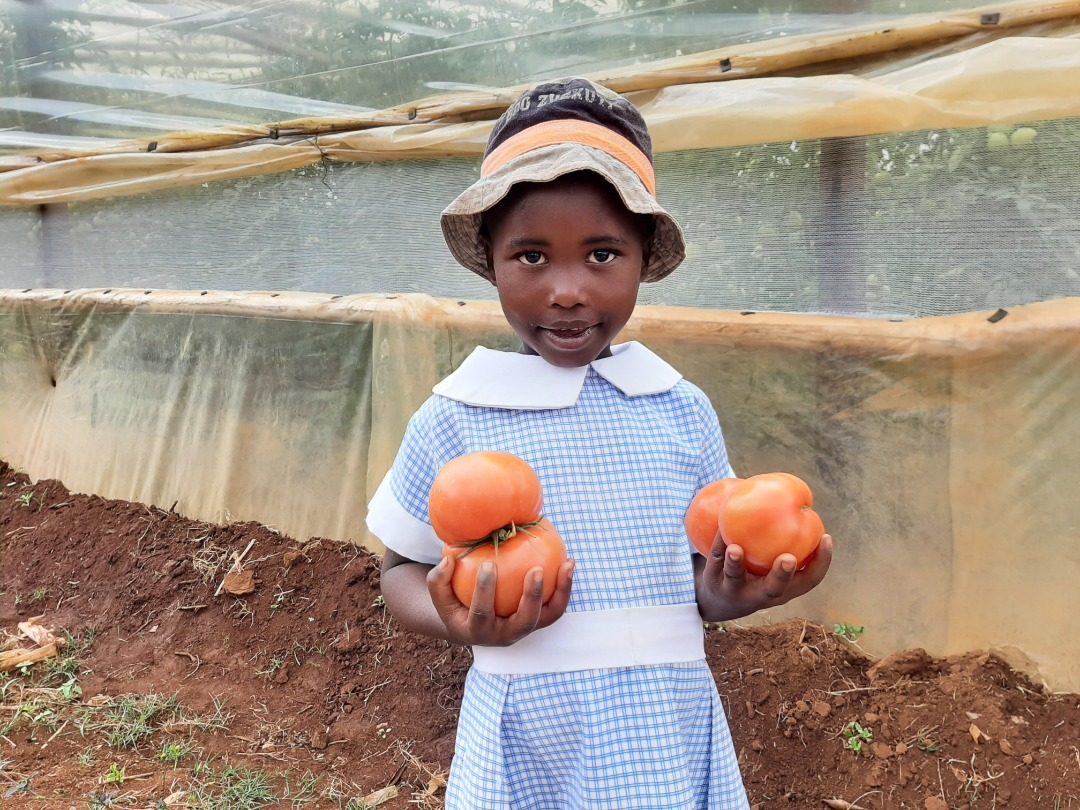 With the support of #FoodHeores, we believe a hunger free world is possible, where every child has access to enough of the nutritious food that they need every day and where families are empowered to provide for their children and withstand life’s unexpected setbacks. But hunger is still a daily reality for over 820 million people. That’s more than the entire population of Europe.

Ongoing conflict, climate change and rising food prices are circumstances outside of parents’ control and yet these are the primary reasons why it is becoming harder and harder for parents to feed their children in many countries across the world. Almost 124 million people faced acute food insecurity and required urgent humanitarian assistance in 2020 up by 130 million from the 135 million in 2019.

Conflict and insecurity in 21 countries, including South Sudan and Syria, contributed to almost 74 million people facing severe food insecurity conditions in 2019. Conflict disrupts agriculture, impacts market access and forces families to flee their homes. Today, 1 out of 110 people in the world are displaced.

This leads to increasing pressure on host communities where refugees settle – most often in nearby regions. Shrinking resources, including food, end up split amongst a bigger population, resulting in major consequences for food security for all.

Extreme climate events, mainly droughts, triggered food crises in 14 countries in 2019, including Somalia and Kenya. Another year of poor rainfall decimated livestock herds and negatively impacted crop production, leading to low harvests within countries. This also exacerbated the situation in a number of conflict affected areas.

Staple crops such as wheat, rice and maize are particularly at risk from such climate events. What all of this means is that millions of parents, especially those that are dependent on farming, are struggling to access sufficient food to feed their children every day.

Escalating food prices compounded the issue in many countries – the price increases themselves mainly driven by conflict, weather and economic shocks. Higher prices for staple foods, such as cereals and rice, make it harder for families to access sufficient food.

In countries where climate events or conflict are already impacting food production, the situation becomes particularly devastating for families when the price of food also begins to rise. 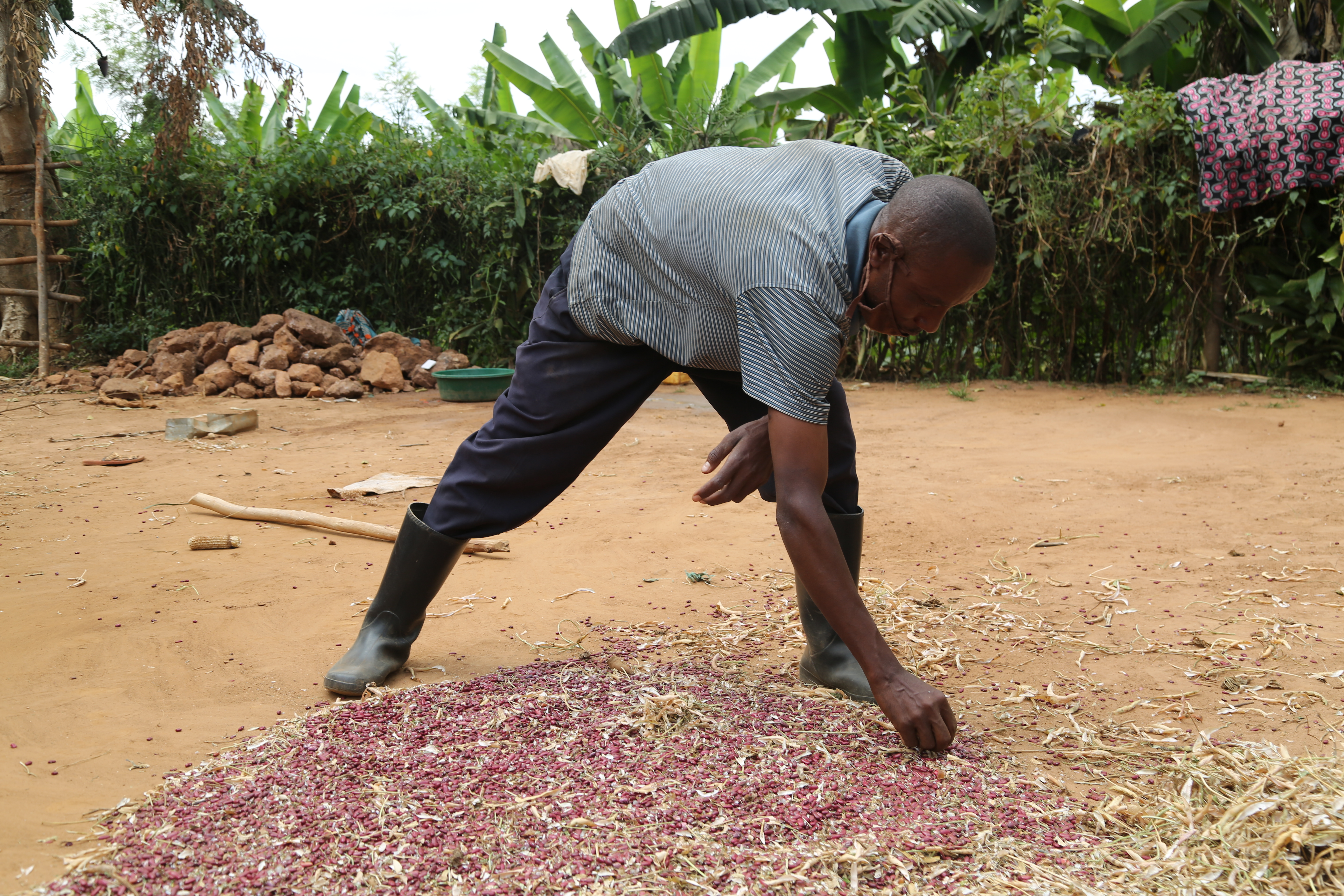 Ireland saw a number of unpredictable weather patterns emerge in 2019 and 2020, with greater intensity of storms, prolonged drought and flooding impacting agricultural activity in the country.

We were not alone in this experience. The UN predicts that continuing dry weather will negatively impact crop production this year, leading to increases in food insecurity in a number of countries in the regions of east and west Africa, the Middle East and Asia.

Ongoing conflict will also continue to undermine food security for millions of men, women and children in 2020. 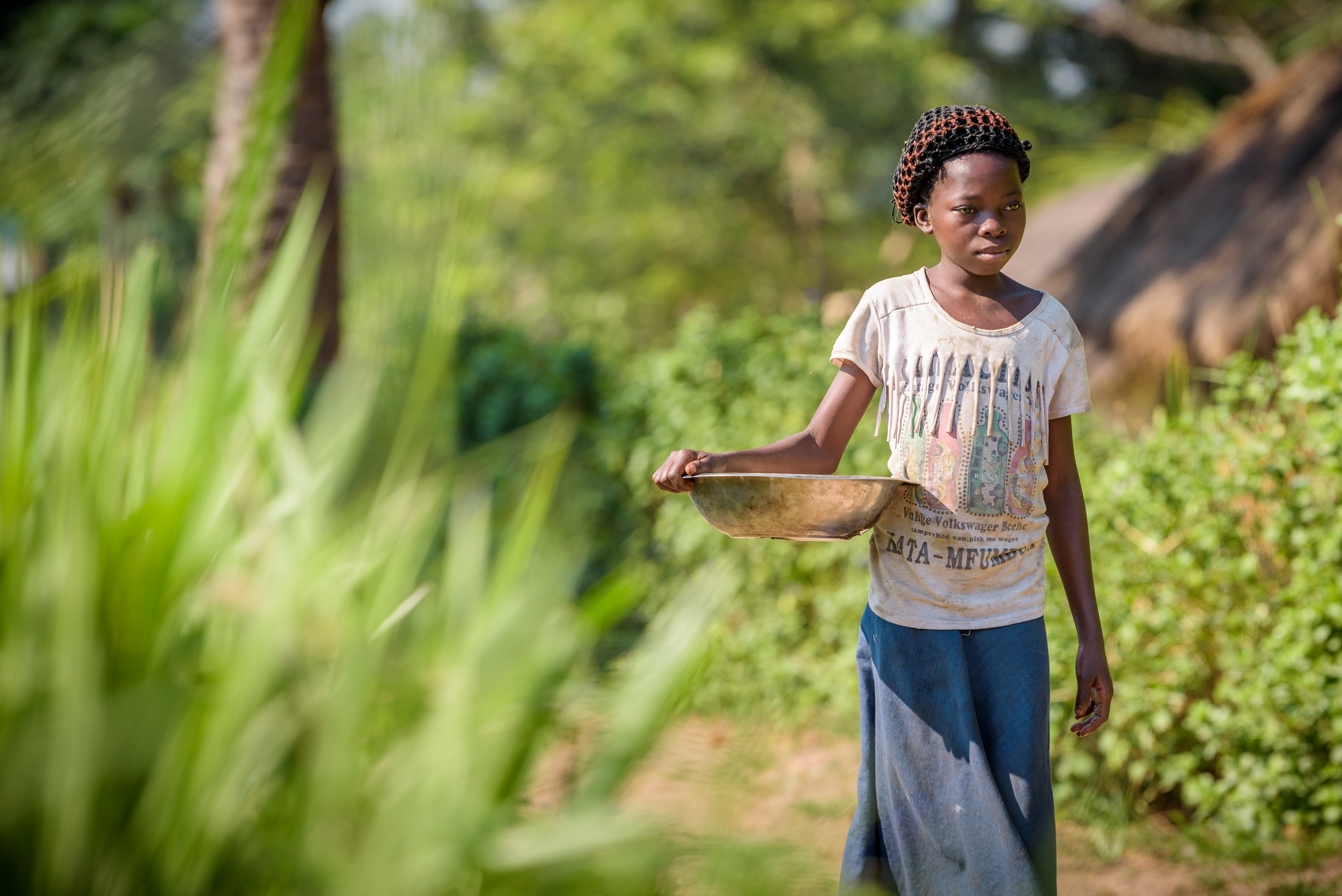 Why we believe a hunger free world is possible

Agricultural production has tripled worldwide over the past fifty years, due to advancements like drought resistant seeds and better fertiliser.

The world currently produces enough food to feed more than 1.3 times the global population. The challenge is sustainably getting it to the people who need it most.

International food assistance is a critical ‘safety net’ for children and their families who are unable to meet their food and nutritional needs, often due to natural or human-made disasters. We use food assistance in response to emergency situations. World Vision is the UN World Food Programme’s largest implementing partner in delivering food to the neediest populations.

While the World Food Programme provides emergency food like rice or grain, we ensure that it gets to the people who need it most. In addition, World Vision also undertakes Cash Based Programming in appropriate contexts, which equips families with purchasing power to access food. This reduces logistical challenges, boosts local markets and restores a sense of dignity and control within families. 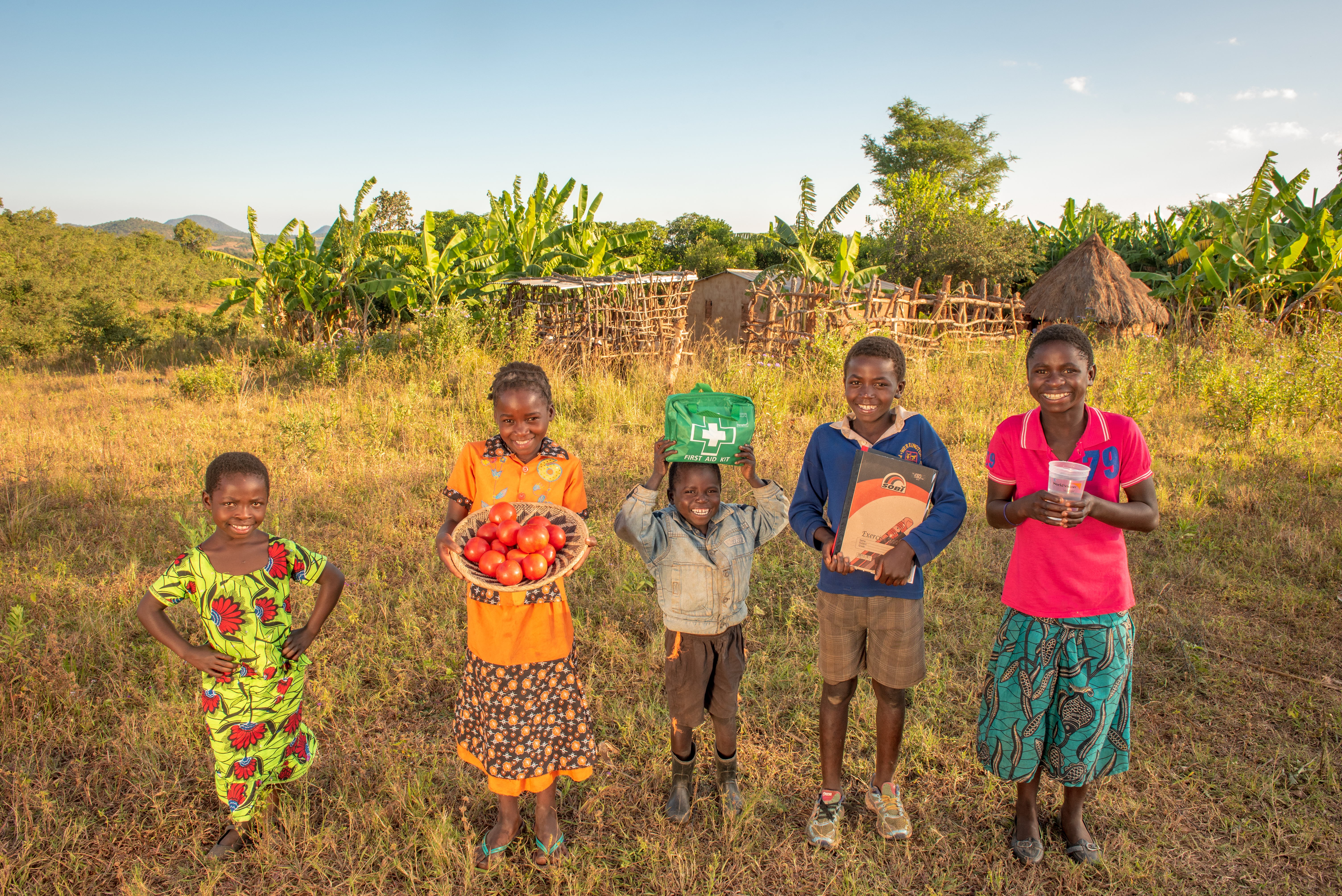 We leverage immediate food assistance (if required) with proven long-term methods that enable families and communities to become self-sufficient, less dependent on short-term aid and more capable of withstanding unexpected disasters such as drought, floods and conflict.

This includes training communities on climate smart agriculture techniques, such as conservation farming, whereby farmers are trained to achieve maximum yields, while concurrently preserving the environment and ensuring soils remain productive in the long-term. Women are trained on setting up backyard gardens and Income Generating Activities, helping them to increase their ability to access diverse foods. Families are also supported with important knowledge regarding balanced diets and participate in cooking demonstrations that showcase recipes that families can cook, using locally available foods.

We collaborate with supporters, partners, decision makers and food-insecure communities to advocate for policy changes and solutions that deliver concrete improvements in food security, nutrition and the protection of the most vulnerable children and their families.

Amidst the increasing frequency and intensity of the effects from climate change, conflicts, forced migration and urbanisation, systems need to deliver enough of the right food, today and tomorrow. World Vision believes that national governments’ systems, structures and policies must:

Thanks to your support, we have been able to make a lasting impact 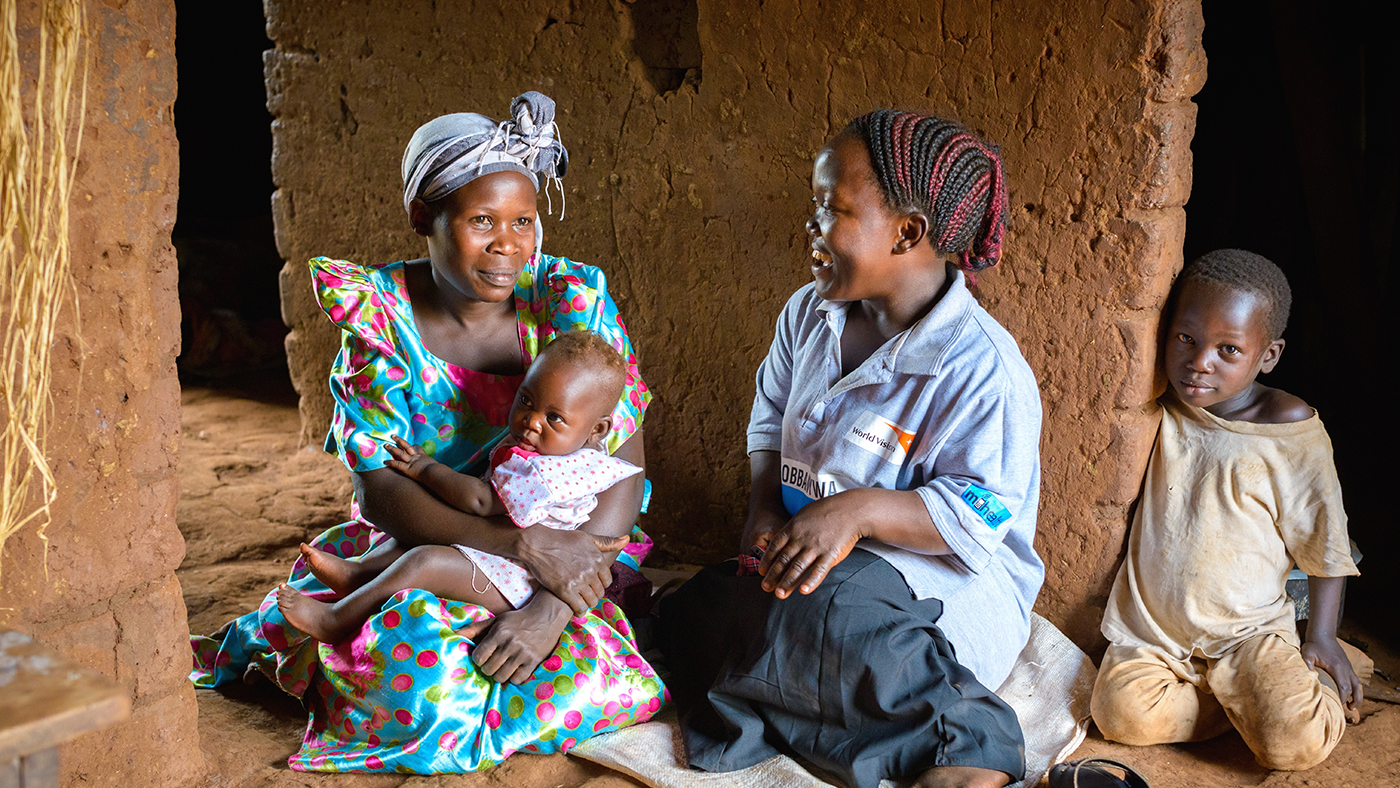 World Vision's Irish Aid funded maternal and child health programme is currently being implemented in Uganda, Tanzania,  Sierra  Leone  and Mauritania. The communities we work with have been dealing with the effects of climate change for a number of years now, with prolonged droughts and unpredictable rainfall impacting their harvests. This in turn impacts their ability to feed their children.

Support community groups, such as Mother Support Groups, with skills and knowledge to develop backyard gardens and grow a variety of drought-resistant fruits and vegetables for their families to eat.

Provide farmers with the skills to sustainably improve their agricultural yields.

Organise cooking demonstrations to provide families with recipes and guidance on how to cook nutritious meals from locally available food.

This is helping families to produce a wider variety of foods and provide their children with more nutritious meals every day.

In 2019 Kenya was hit by the worst locust infestation in 70 years - threatening food security and livelihoods for millions of people. In a day migrating locust swarms cover 100-150 kilometres destroying enough crops to feed 2,500 people. Through Irish Aid’s Emergency Response Fund Scheme in 2020, World Vision Ireland supported communities to respond to locust on the ground.

World Vision worked with local communities to build surveillance systems that tracked the movement of the locust swarms and ensured that Arial spraying targeted the right areas to prevent further loss of crops. We provided 660 households with emergency cash assistance, to meet address acute food insecurity caused by the locust. We also provided 400 farmers with pasture seeds and certified drought-tolerant crop seeds such as maize and beans to replenish destroyed crop and pasture lands.

Without the generous support of Irish Aid and the people of Ireland, this would not be possible. 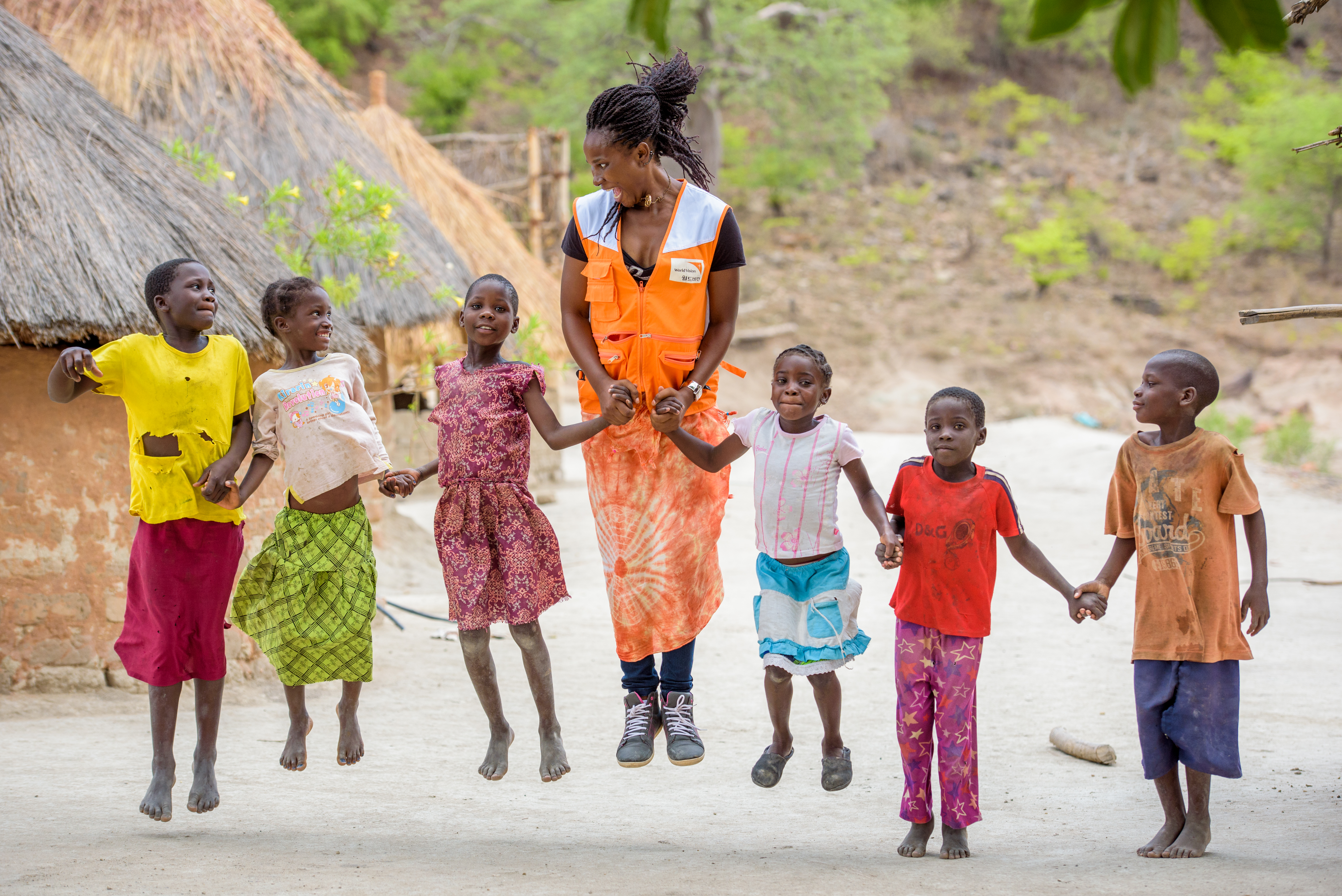 Take the first step: let’s talk about it!

World leaders have committed to end hunger by 2030 – we must hold them accountable to this promise. Let your family, friends  and  colleagues  know  that  a  hunger free World is possible but we need the will to make it so. We need you to become

Stay informed and join the conversation. Whether on social media platforms or in your local communities, keep up to date on what is going on.

Share social media content you find interesting so that others will see it. Use these hashtags:  #FoodHeroes #HungerFree, #ZeroHunger, #GlobalGoals, #SDG2. 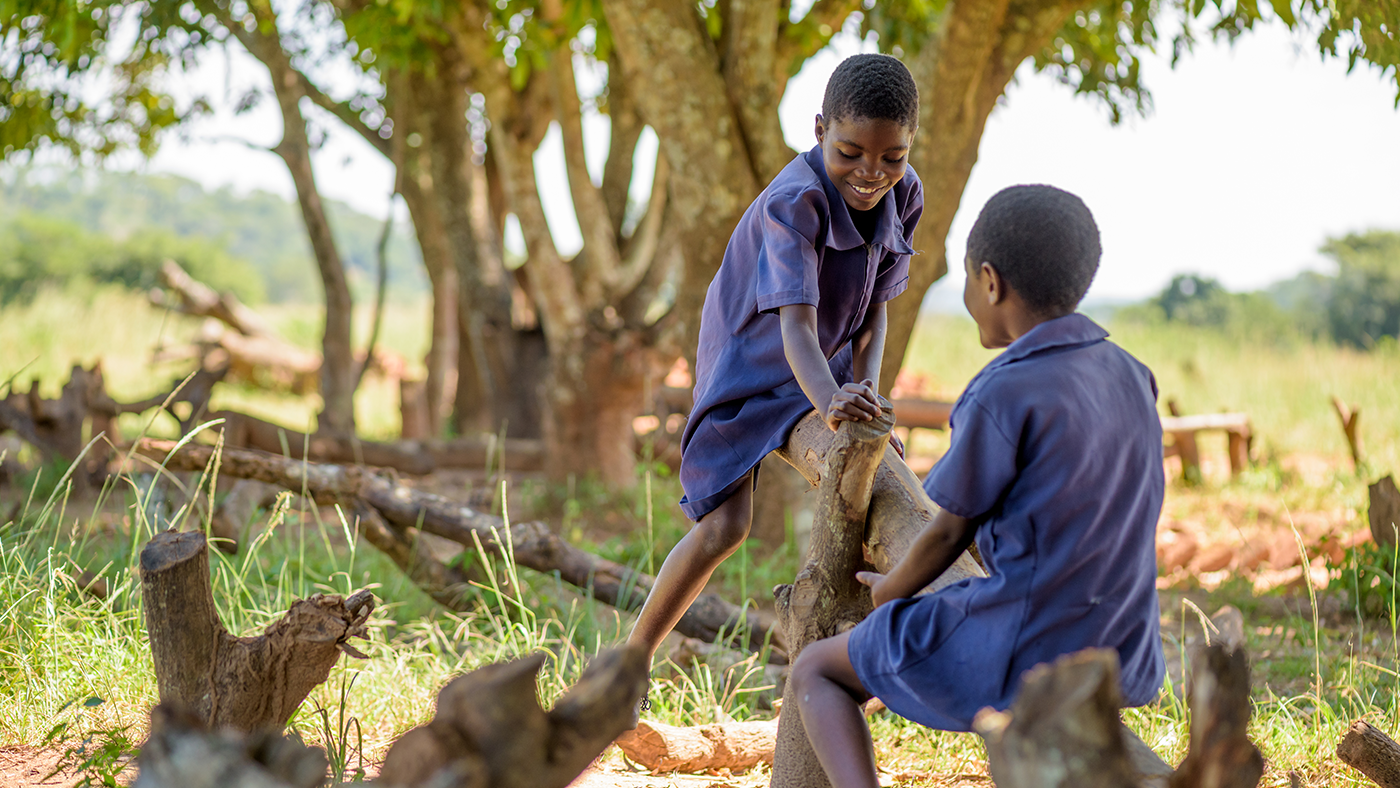 Small changes can make a difference

You can make changes in your own life. Small everyday changes can make a difference—at home, at work and in the community.

Aim for zero food waste - A third of all the world’s food is wasted each year.

Be conscious of where your food comes from and how it is produced - Try to eat seasonal local food when possible.

Explore your community & volunteer - You can make a very real impact by supporting and volunteering with your local soup kitchen and other hunger related programmes.

Twelve Ingredients for a HungerFree World 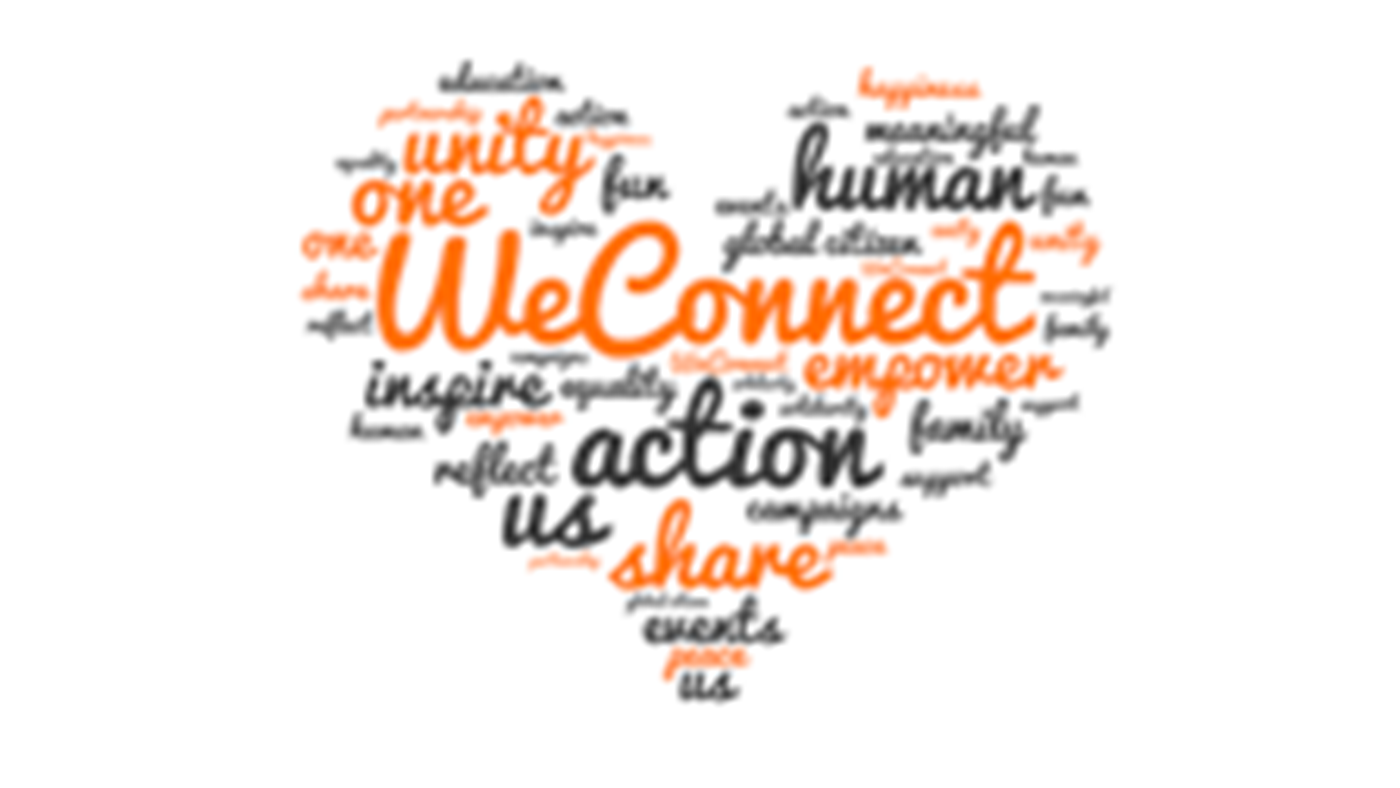 Make a difference in the lives of children around the world. Sign-up to our newsletter and receive updates on World Vision Ireland’s work, upcoming events and how you can participate.

Alternatively, join our Facebook Group, WeConnect, where you can learn more about World Vision Ireland’s work, receive updates about upcoming events and actively participate in discussions on topics like  #FoodHeroes #HungerFree.