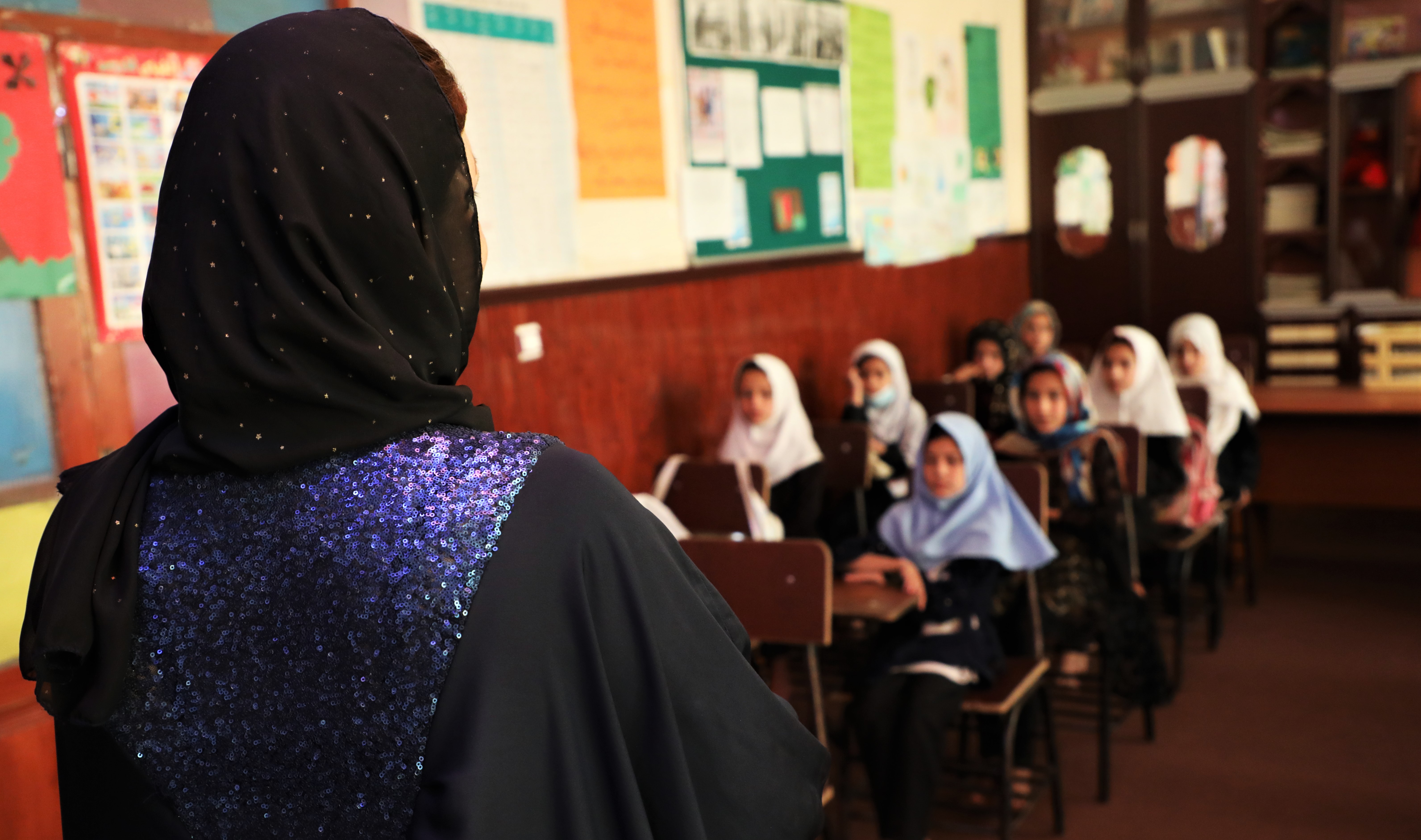 World Vision Ireland calls for decision to ban female NGOs from working in Afghanistan to be reversed.

World Vision Ireland has called for the de facto ban on female NGOs in Afghanistan, to be urgently reversed.

In a joint press conference yesterday, World Vision International representatives joined others from high-profile human rights and development organisations in calling for a reconsideration of the ban which, they says, puts lives at risk.

Save the Children, World Vision International, CARE International and the Norwegian Refugee Council (NRC) all temporarily suspended their operations in Afghanistan following the de facto authorities announcement on Dec. 24, saying they cannot reach the millions of children, women and men in need of assistance without female staff.

The four agencies, some of the largest international aid groups working in Afghanistan, warned that the lives of women and children were at risk if the de facto authorities did not immediately reverse a ban on female NGO workers in the country.

At a joint news conference, the four international non-government organisations called for an immediate reversal of the ban which came a week after women were prohibited from attending university. Girls are already banned from secondary schools and in November were banned from public gardens, gyms and public baths.

Myself and my colleagues in World Vision Ireland are deeply saddened that we have had no choice but to temporarily suspend operations in Afghanistan. We join our global team and other NGOs in calling for the de facto ban to be reversed, urgently. We rely on our highly skilled and experienced female workers in Afghanistan to carry out vital, life-saving work. Against the backdrop of widespread restrictions being imposed on girls and women throughout Afghanistan, we are very anxious to see this deteriorating human rights situation halted and reversed.”

Latest data shows that about 28 million people – more than half the population - including 14 million children, are in need of humanitarian assistance in Afghanistan. About 97% of Afghans are at risk of falling below the poverty line this year. Over 1.1 million children aged under five are acutely malnourished.

“Female aid workers are vital for us to deliver principled humanitarian assistance. They are nurses, doctors, teachers, nutrition experts, team leaders, community health workers, and vaccinators. Our job is to save lives and create a brighter future for children in Afghanistan. This requires the full engagement and leadership of our female staff.

“We have been standing alongside the children of Afghanistan for more than two decades, throughout so many challenges. We must find an early resolution, for our female staff to continue bringing life in all its fullness for girls and women. They deserve nothing less.”

Inger Ashing, CEO of Save the Children, said her organisation had been treating 73,000 children for the most life-threatening forms of malnutrition and 30,000 women via mobile clinics and these lives were at risk without female medical staff.

She said Save the Children had 5,700 staff and community workers in Afghanistan of which 2,490 were women and has worked in the country for 40 years. Since the de facto authorities takeover in August 2021, Save the Children has helped nearly 4 million people including 2 million children.

“The tragic thing is when the de facto authorities issued this decision Afghan women, men and children are facing one of the biggest humanitarian crises in the world, including record levels of hunger. Afghanistan is facing its worst food crisis since records began with 6 million people on the brink of famine”

“This is not a choice. We can’t deliver our life-saving support without our female colleagues. If we aren’t able to start programming again children will die … that’s how serious the situation is,”  Ms Ashing told the virtual press conference.

CARE International has 900 staff, 38% of whom are women, spread across 9 provinces. CARE started working in Afghanistan in 1961.

“Women and girls are already the ones eating last and least, at a time where an estimated 6 million Afghans are only one step away from famine. One can only imagine the impact this latest devastating decision will have on a population already facing extreme hardship. Women humanitarians are some of the most effective in the world; they are a non-negotiable part of aid delivery, which cannot discriminate.”

The NRC currently has 1,541 staff members in Afghanistan, of whom 469 are female. Since 15 August 2021, NRC teams have assisted over 870,000 people affected by displacement across 18 provinces in Afghanistan with support ranging from emergency responses to floods, earthquakes and drought, education, shelter, legal assistance, protection, livelihoods, food security and water. This year, NRC delivered assistance to 3,700 families to prepare them for winter. These lifesaving winterization activities are now on hold due to the ban.

"We cannot function without our female staff; they form a vital part of our humanitarian response and make up approximately one third our workforce. We need unimpeded access for both men and women to our job."

For further information or to organise an interview, please contact Jacqui Corcoran.