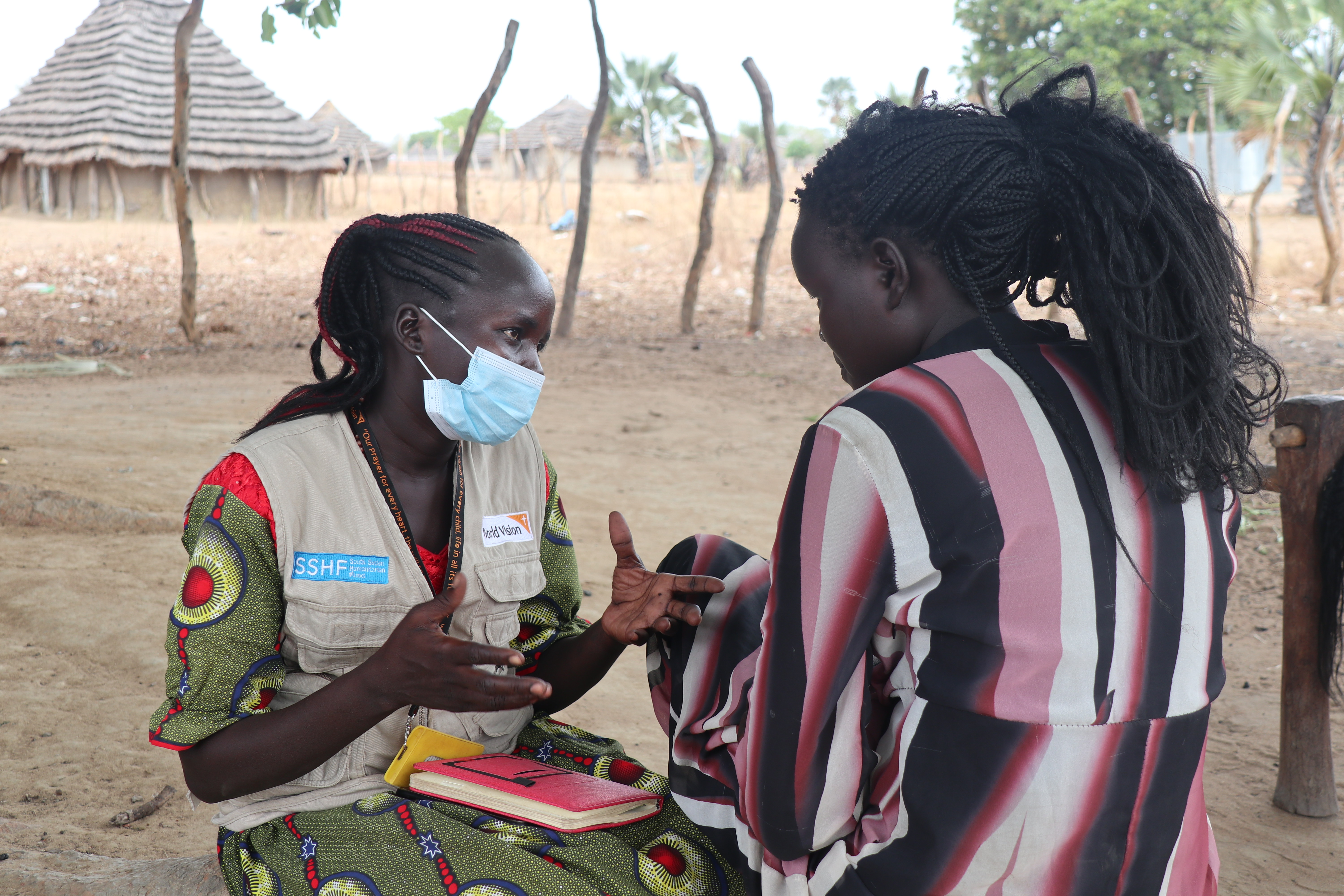 “When it happened, I cried and blamed the day I was born”, Katina*, 16-years-old, recalls. Her father is a soldier who left them when they were young. Her mother became a drunkard and never paid any attention to her children’s welfare.

At 10, Katina became a mother to her siblings, two girls and two boys. She shares, “I began gathering firewood and selling them at the market to buy food. We were able to have one meal per day.”

Katina got used to and felt safe going to the bush. This was their only source of livelihood for six years until January 2022.

“I never noticed the man sneak behind me. He suddenly just grabbed me and raped me while I was trying to feed my sibling”, she says.

According to a UN report, an estimated 2.6 million people in South Sudan, over 80% of them women and children, suffer from the increasing incidents of gender-based violence like Katina.

“As I cried and tears rolled down my face, I thought if we have food at home and care of our parents, I would not have experienced the abuse and brutality”, she adds.

The committees were also tasked to raise awareness against all forms of abuses in the community. One of the committee members in Greater Tonj County reported Katina’s case to World Vision.

World Vision’s social worker Pasquina Diu immediately followed up the next day and referred Katina to the hospital for medical services within the recommended 72-hour window, ensuring that she received a post exposure prophylaxis (PEP) kit for HIV prevention.

The survivors of rape require more than medical attention, and social workers like Pasquina provide as much support for their delicate condition, especially their emotional and mental wellbeing.

“The picture of the whole incident kept flashing in my head, and it made me feel I am going through the abuse all over again. The social worker’s daily visits and psychosocial support made me stronger”, Katina says.

"Our father’s brother informed me that I should prepare to get married because I brought shame to the family, as if I asked the man to violate me."

“I see great change in Katina compared when I saw her the first time after the incident happened and reported. I was also very much affected to see a young girl go through such terrible pain,” shares Pasquina.

Two weeks following the incident, Katina faced another challenge. “Our father’s brother suddenly surfaced in our life to inform me that I should prepare to get married because I brought shame to the family, as if I asked the man to violate me”, she says.

Being the only girl to have gone to school, Katina had dreams. “Out of the little I earned, I was able to go to school because I knew it would be the only thing that can help us in the future. But her effort did not matter to anyone”, she adds.

Her uncle forced her to marry a 45-year-old man as his fourth wife. “I tried to resist, but I beaten to submission. I thought resisting further was like punishing myself. So I gave in. The hunger being endured by my siblings also pushed me to the wall without a better choice”, Katina explains.

An age-old tradition in many of South Sudan’s communities gives uncles or older male relatives in the family, in the absence of parents, to decide on a girl’s future even without her consent.

Adding to this, UNOCHA’s report identifies “climate shocks, severe drought, massive flooding and conflicts” as contributing factors to increase in GBV cases, with an estimated 2.6 million people affected, 82% of these are women and girls.

Project Manager Joseph Deng says, “Women in Greater Tonj, just like in many part of South Sudan, experience hunger-related abuse. We need to support more efforts to stop gender-based violence to stop this continuing threat on women and children in greater Tonj.”

Katina worries for her siblings as she is about an hour away from them. “The situation is a lot worse now for them, but there is nothing I can do. I used the support I received from World Vision to provide for their food. I have nothing more to be able to help them.”

World Vision’s campaign in communities continue to educate people about child protection and gender-based violence through community-based protection committees. As hunger impacts millions in South Sudan, many of these vulnerable women and girls will be facing abuse and will need more support, says Cecil Laguardia, Senior Manager for Advocacy and Communications.

Note: *Name was changed to protect her identity.

Download a copy of our Case Study on Child Marriages in South Sudan. 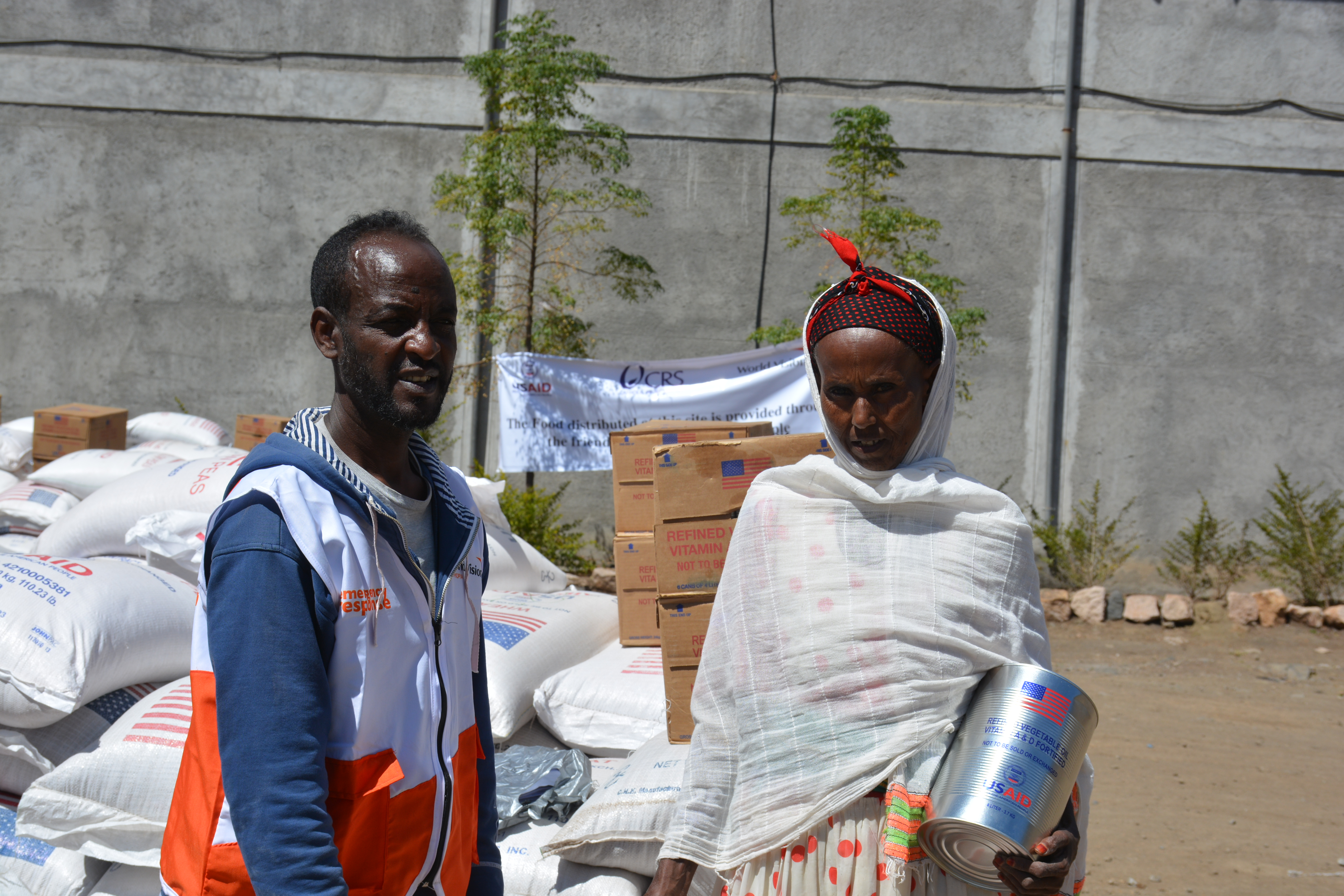 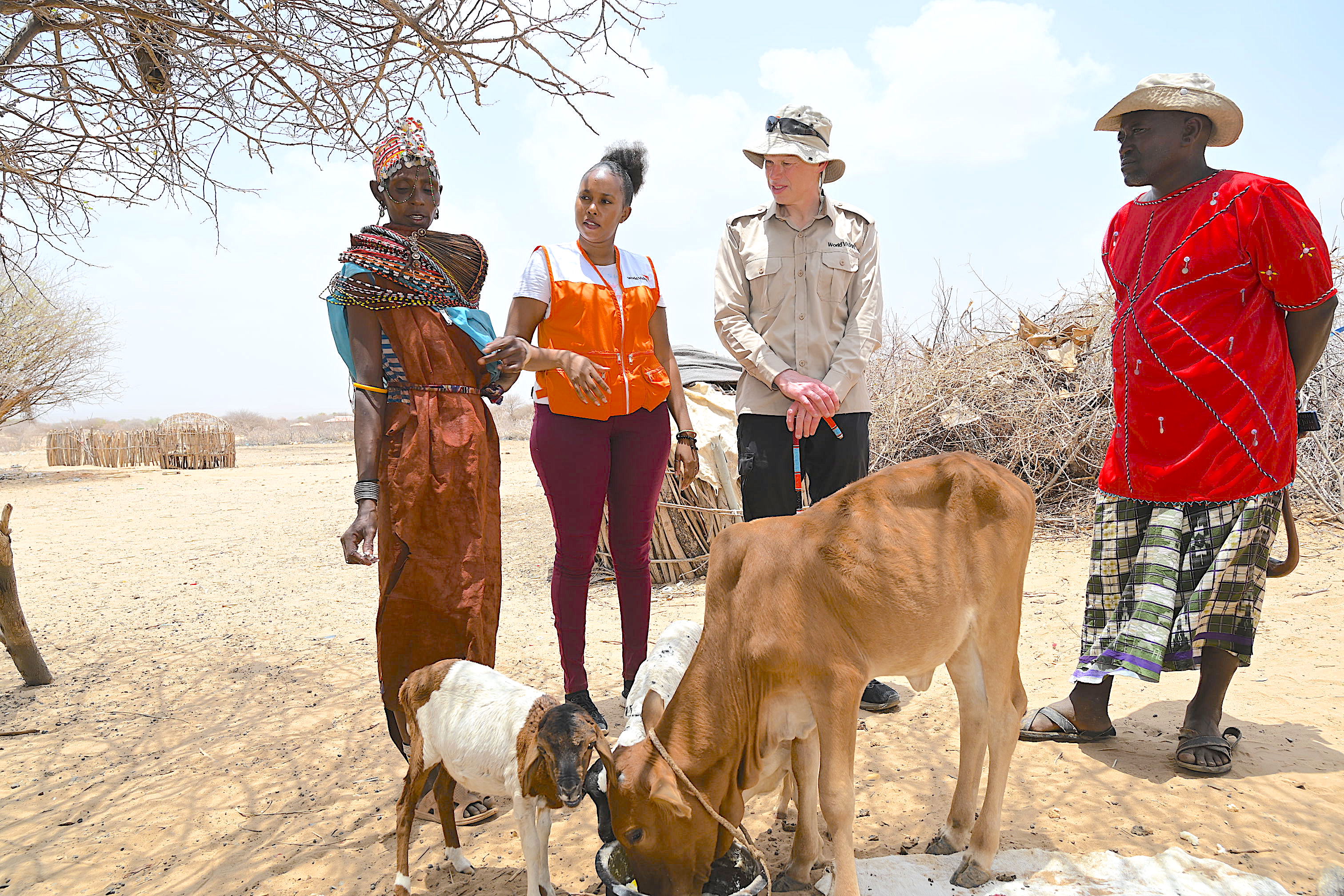 How conflict and climate change have forced over 28.1 million people into hunger across East Africa. 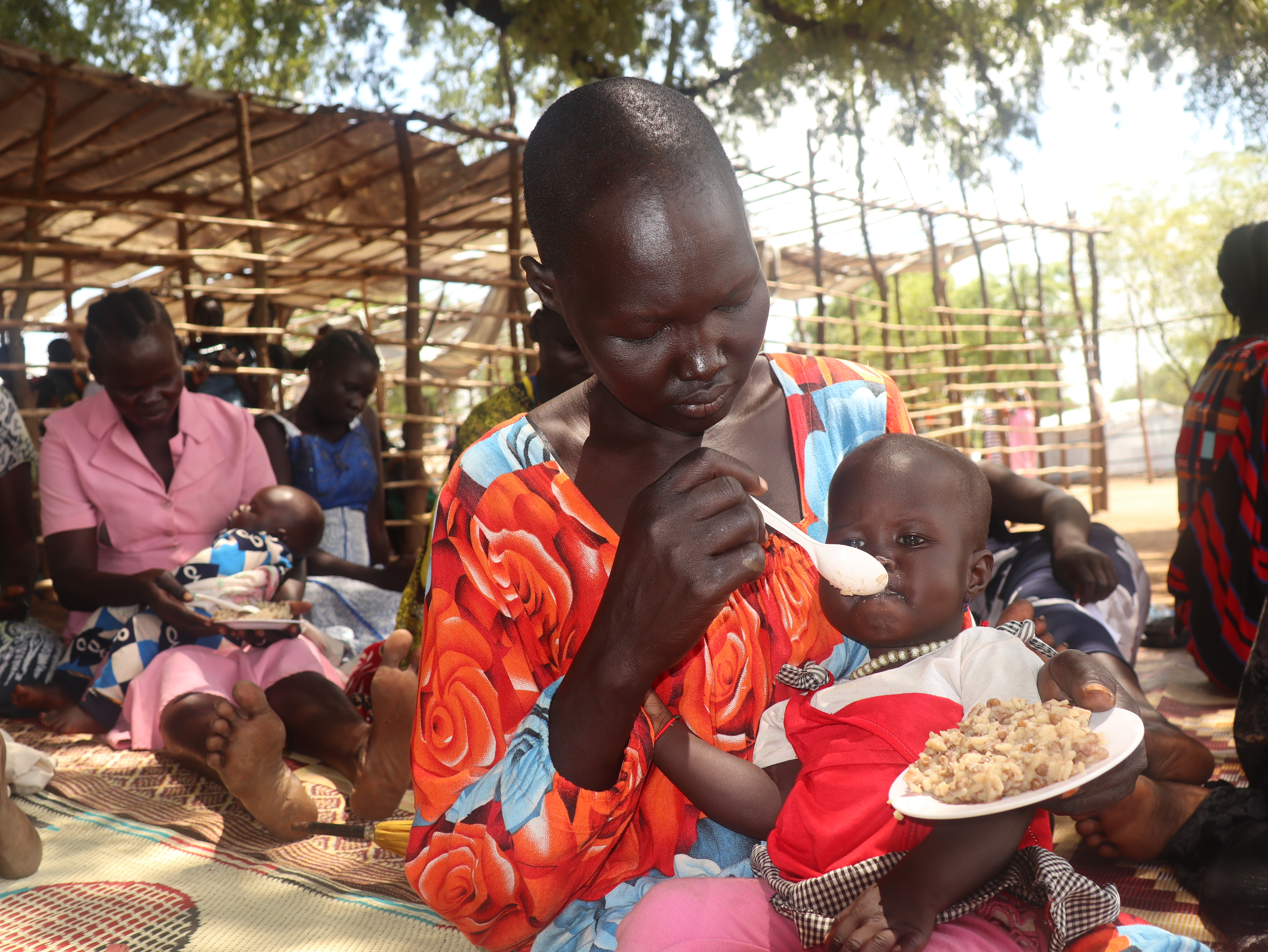 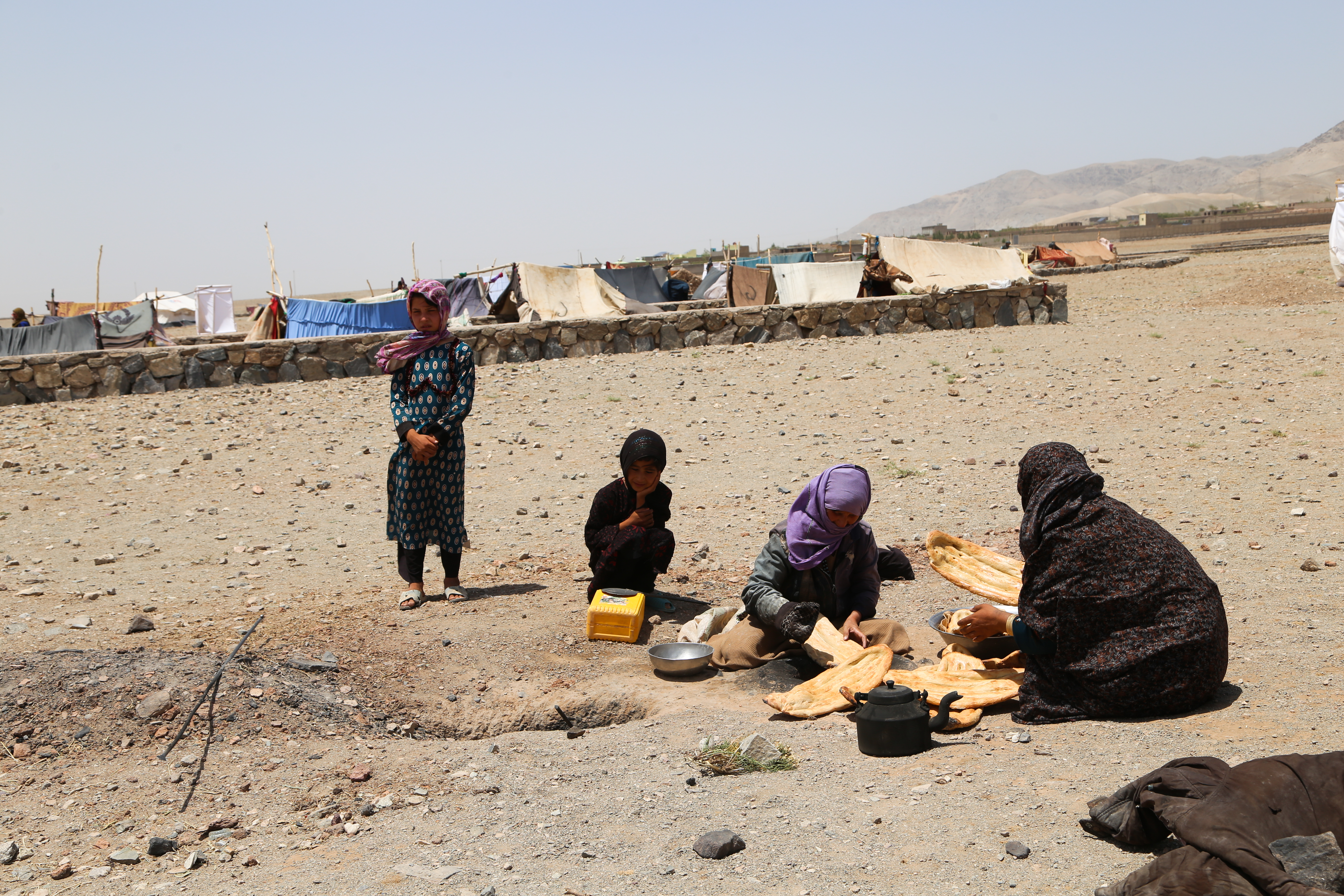 An impossible choice: sell my child or starve

The acute hunger crisis in Afghanistan is forcing parents to choose between their children and food.