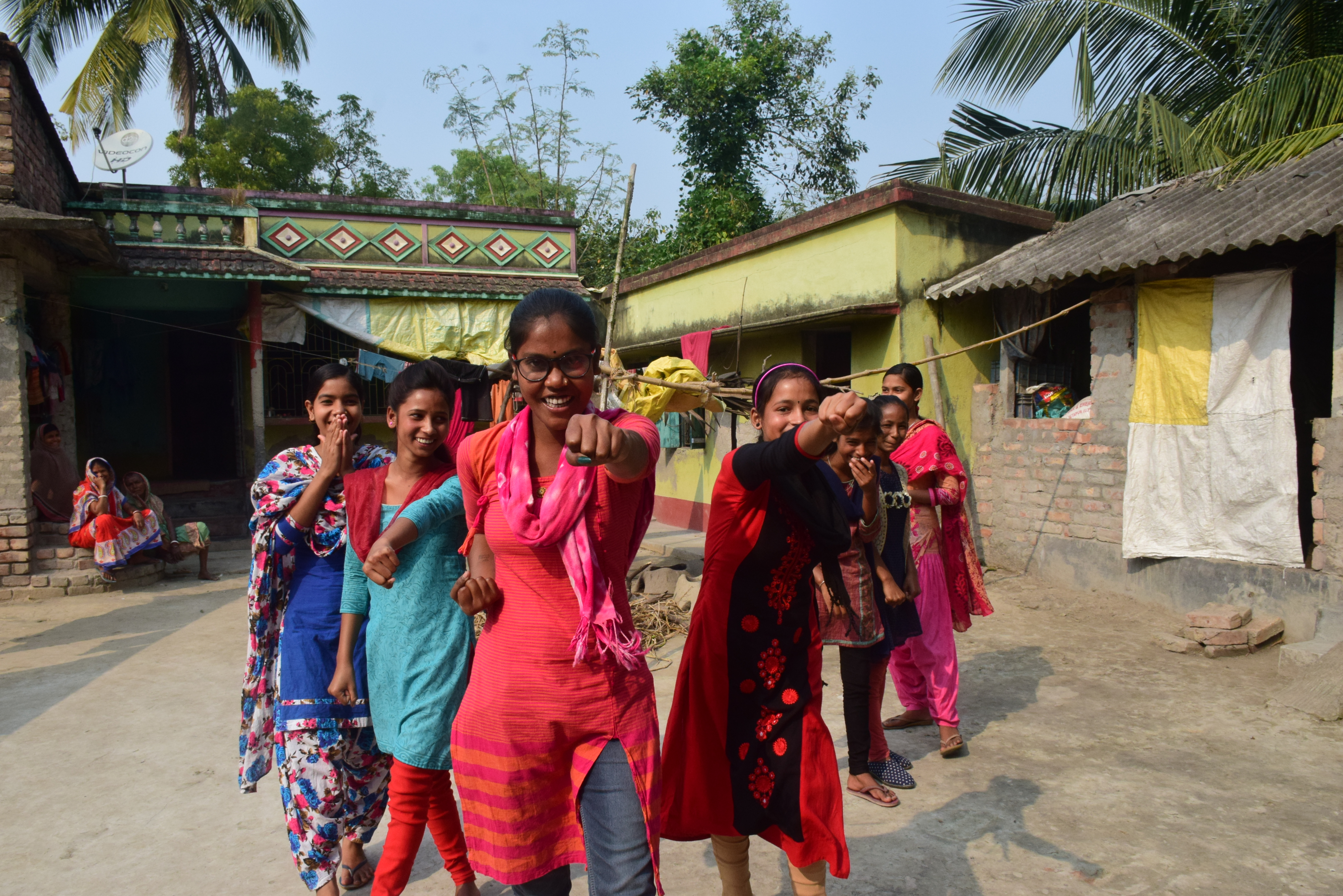 on the frontlines of stopping child marriage

Forced marriage, child labour and human trafficking – for girls in parts of rural India, they are threats that shadow every day. And as the COVID-19 pandemic rages through the country, that shadow is growing, pushing despairing parents fighting to keep food on the table through relentless days of lockdown to consider desperate measures.

Eighteen-year-old Mousumi has decided that enough is enough. And together with a group of other young women, she has formed the Hena Girls Power Group to take back the futures of the girls of West Bengal and put an end to child abuse and child marriage in their community – COVID-19 or not.

“Our first source of information is the Girl Power group,” explains Debu Patra, a World Vision technical specialist in the West Bengal area. “They are able to identify potential cases of child abuse and child marriage, and are aware of the vulnerable families and girls at imminent risk of trafficking in the village.”

The impact of the Hena Girls speaks for itself: Since the start of the pandemic, Mousumi and her all-female crew have helped stop eight early forced marriages. In one case, the World Vision team got there just minutes before the marriage was made official. The 14-year-old girl was quietly being dressed and made-up for her wedding. In moments, she would have been presented to her husband-to-be – a man she had never met.

The impact of the Girl Power Groups is contagious and the model is rapidly being adopted across India. In the trafficking-prone West Bengal alone, the movement to protect girls is gaining momentum with 291 World Vision supported Girl Power Groups having formed in two years.

Mousumi is proud of the work her team has done, but she knows a tough road lies ahead. “[Because of the pandemic] our parents' work has stopped.” she says. “They told us they have no income because of the lockdown. Schools are closed, and that’s why they are arranging for their children to get married.”

The Hena Girls work with parents to educate them on the law and the devastating effects that child marriage have on girls’ lives, which far outweigh the economic incentives of marrying their daughter young. The group meets regularly and has grown to 45 members whose prominence in the village makes it difficult for early forced marriages to occur without them knowing.

Mousumi has even started to get calls about weddings in other areas.

"I got a distressed call from a 13-year-old girl, who was in tears because she had been taken to another village [to be married],” says Mousumi. “Her parents knew that it would be difficult to conduct a wedding in our village because people would report it to us.”

On the false pretence of visiting relatives, the girl had gone with her parents and was terrified when she overheard her mother discussing her wedding plans. That’s when she made the frantic call to Mousumi, who immediately informed World Vision and called the child helpline.

Together they worked with the police and members of the Village Level Child Protection Committee formed by World Vision to stop the wedding. “When anything happens, they first call us and let us know,” says Debu. “We then guide them about what they need to do.”

For this 13-year-old girl, all it took was a phone call to Mousumi, which completely changed the trajectory of her life.

Despite weddings being cancelled all over the world due to COVID-19, in India early marriages are on the rise. Families who may not have considered arranging marriages for their daughters so young have found themselves reconsidering their options since losing income in lockdowns.

Around the world, our research found that an additional four million girls are at risk of child marriage in the next two years due to the economic and social effects of the pandemic.

In India, COVID-19 restrictions preventing large gatherings have inadvertently created another incentive for early marriages, because only having to pay for a small wedding is an attractive alternative to poor families. The traditional expectation that the brides’ family will pay for a large wedding can be crippling for poor families - especially on top of a dowry paid to the groom’s family, which normally gets higher as the girl gets older. Though the dowry system has been illegal in India since 1961, it remains a common practice, especially in rural areas.

For Mousumi, her work with the Hena Girls is just the beginning. Though COVID-19 has kept her out of school this year, the experience of recent months has only added fuel to Mousami’s dreams of becoming a lawyer. “I want to become an advocate and help people who are in trouble,” she says “For my village, my dream is that child marriage, child labour and trafficking will stop.’’

Thousands of girls urgently need sponsors so they can build a fearless future. 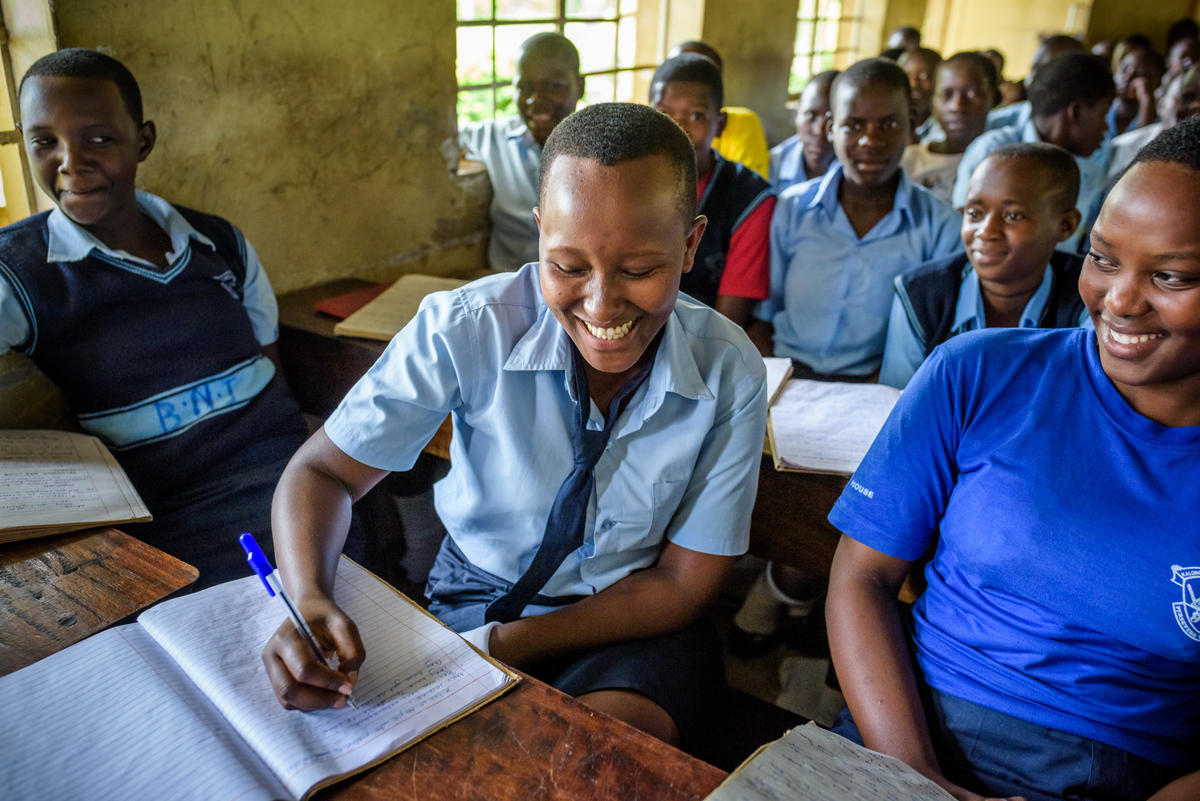 Janet, faced with child marriage, fights for her education in Uganda 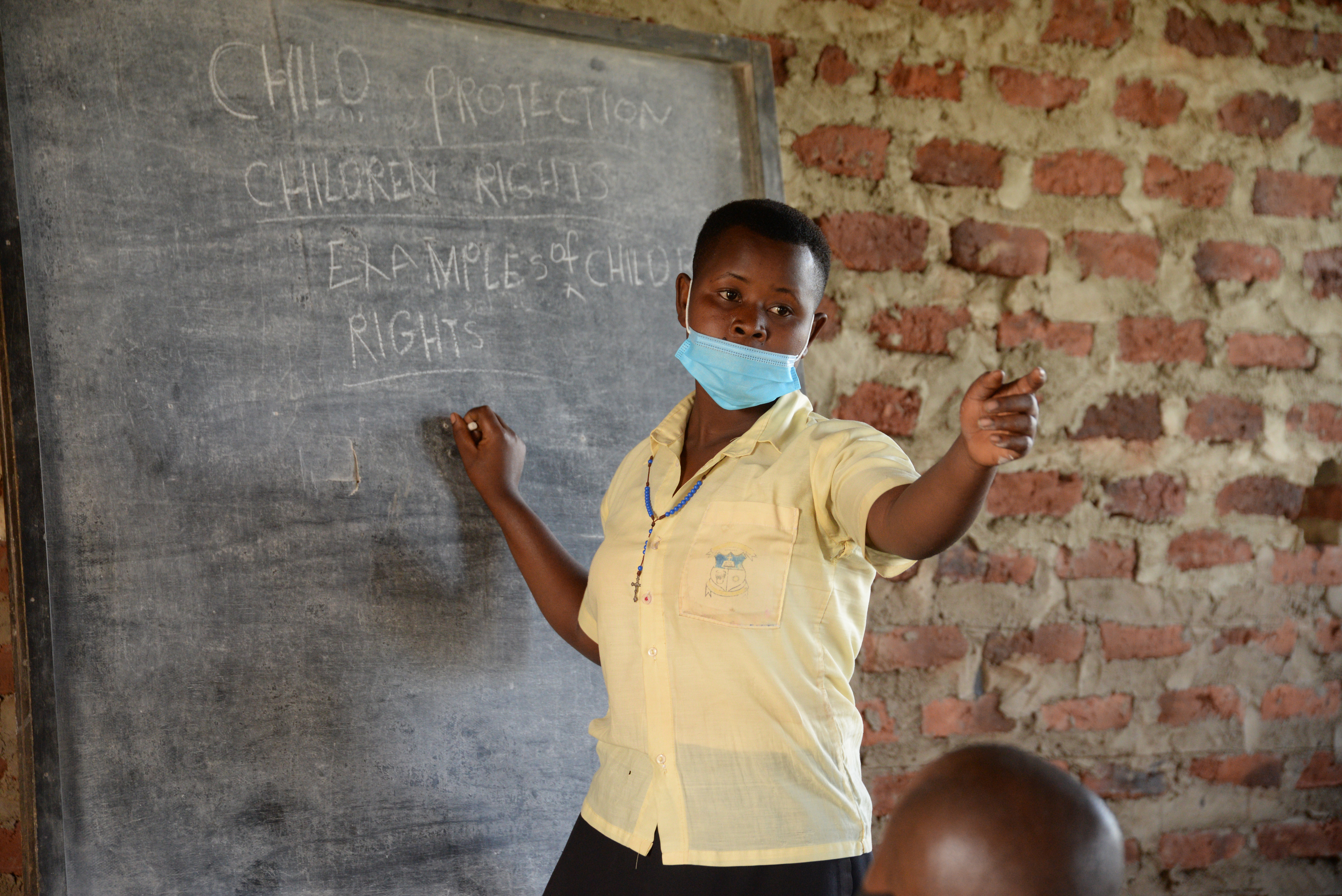 Juliet’s father saved her from marriage at 15, thanks to training he received from World Vision 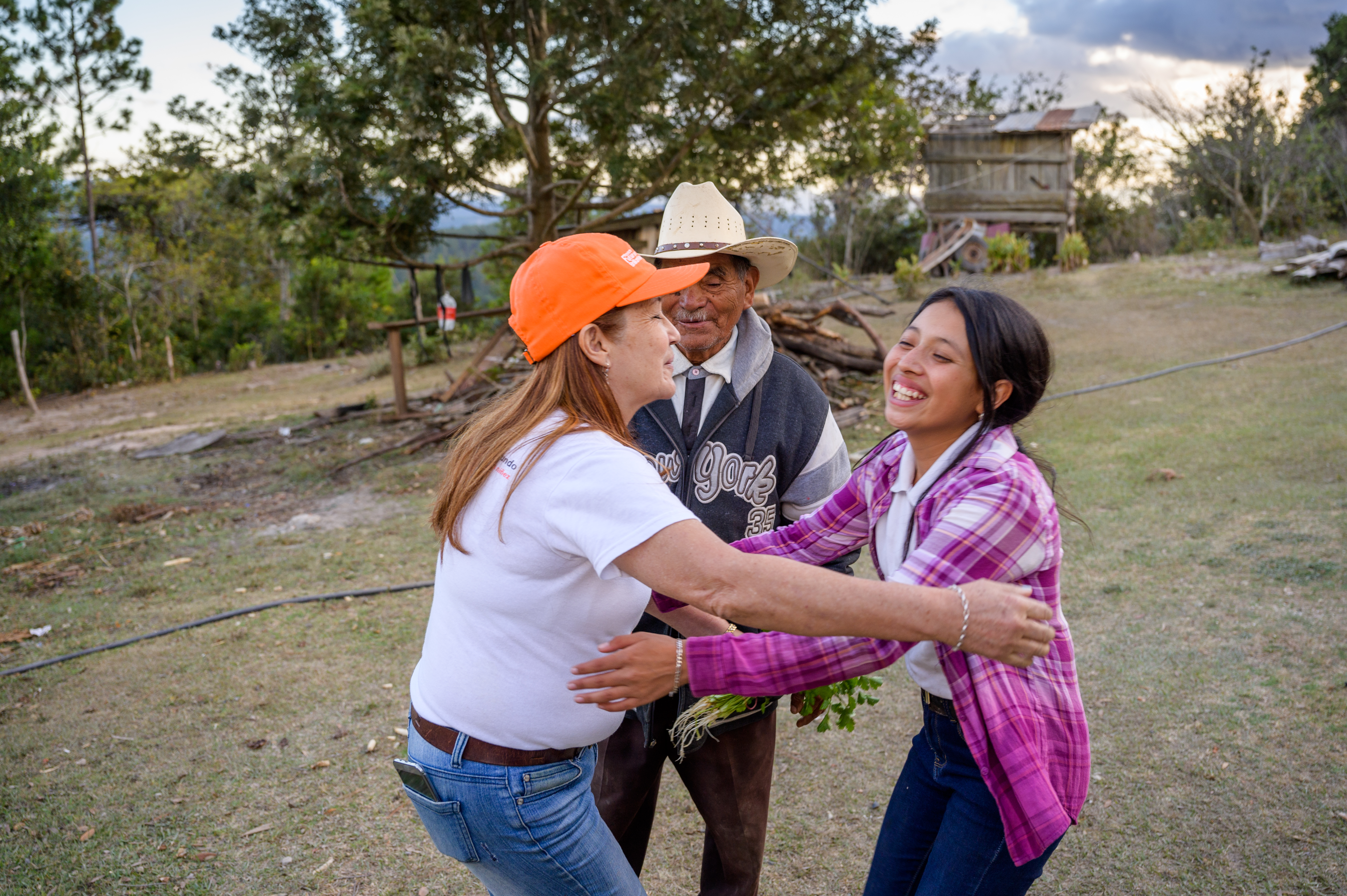 The teenager changing her community

At just 13, Nahomy, the youth mayor of her community in Honduras is fighting for her peers’ rights. 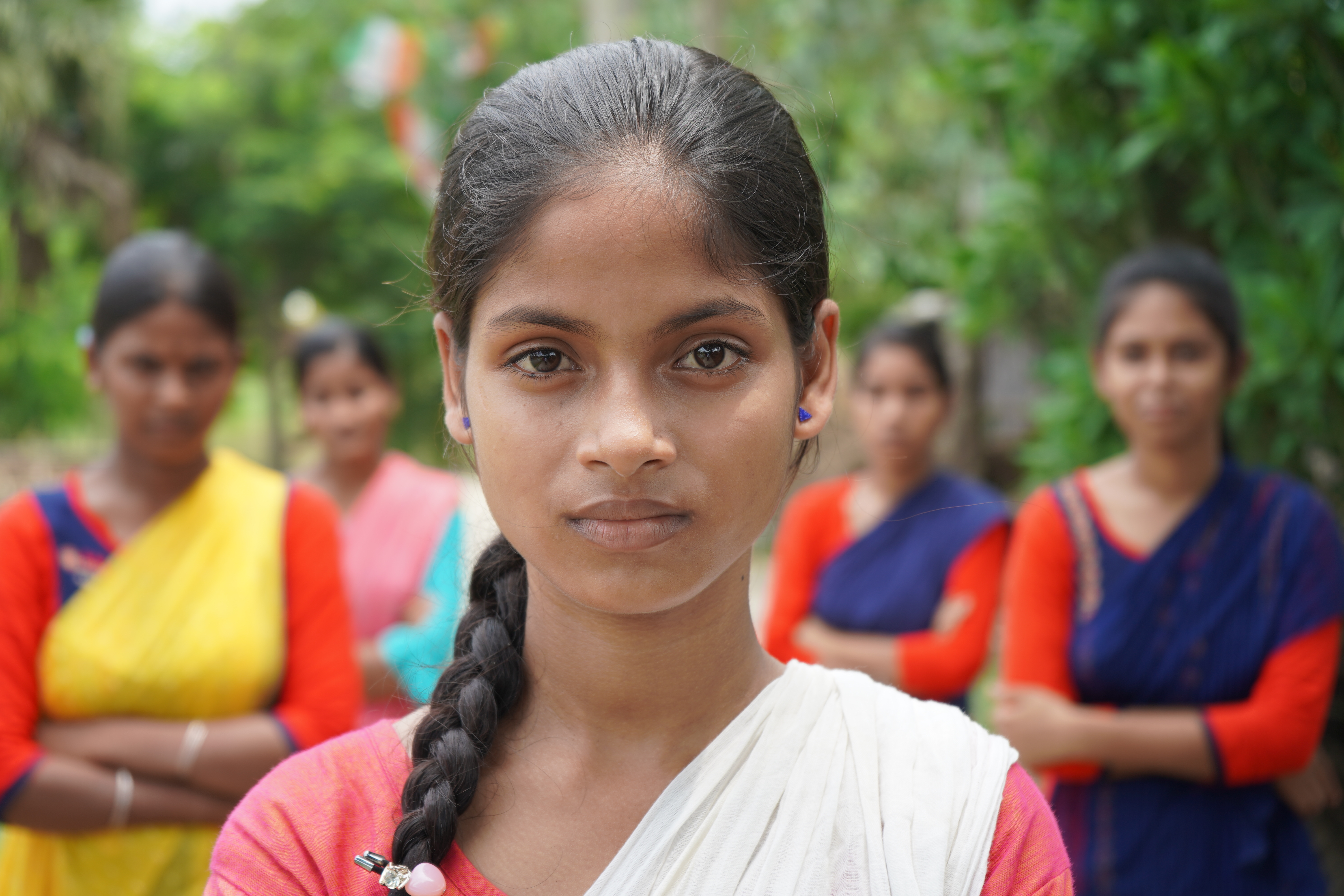 1000 girls - Every girl should live free of fear

Thousands of girls urgently need sponsors to help them live free of fear. Learn how you can help.